The Volvo T5, and its bigger brother the T6, are reliable and well-engineered powertrains helping the brand retain its exceptional standards. Volvo has long been associated with safety, and the Volvo T5 engines and their various applications aim to retain those high standards while balancing accessible luxury with economical practicality. The T5 is turbocharged, and the T6 is twin-charged meaning that it is both turbocharged and supercharged. Both the T5 and T6 utilize the exact same engine, the additional supercharger being the only differentiation between the two.

The Volvo T5 aims to be one of the most well-rounded engine systems available. Yet do they accomplish that goal, and does the T5 hold great value? Throughout this guide, we aim to answer various questions about the Volvo T5 powertrain. Hopefully laying an educational foundation for readers, while simultaneously answering questions about the Volvo T5’s various applications and usages. Finally, let’s jump into the design, value, and reliability of the T5.

The first iteration of the T5 was an adaptation of the Volvo 2.4L B25 engine and was introduced to the automotive market in 1993. Certain T5 configurations have ceased production, yet other T5 applications are still being produced by Volvo throughout 2022. For a better understanding of this engine system, let’s take a look at the basic engine specs of the Volvo T5 and the models the system has been applied to throughout its lifespan. 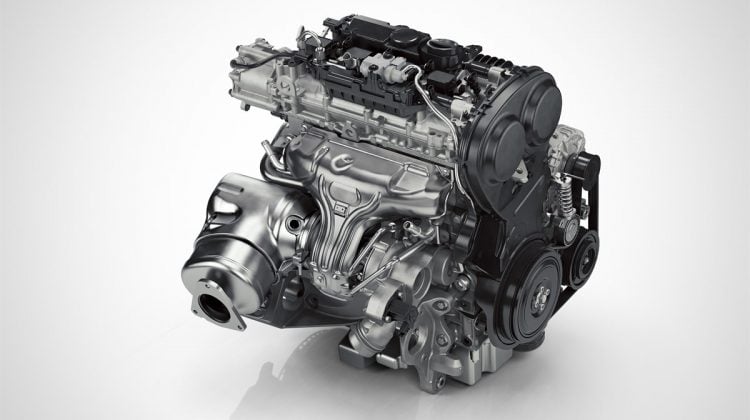 The Volvo T5 is a powertrain that has had a variety of different engine designs applied. Therefore, throughout this section, we’ll take a look at one of the most popular applications of the T5, the Volvo S60. With that said, the basic engine specs for the Volvo S60 T5 are as follows below:

The Volvo S60 T5 has decent power output coming stock with 250 horsepower and 258 lb-ft of torque. The T5 powertrain aims to balance performance, affordability, and fuel efficiency within its design. The various Volvo applications that utilize this engine system are renowned for exceptional reliability and longevity with proper maintenance and upkeep.

When first introduced to the automotive market, the T5 engine came with more stock than its competitors, even beating out the 1994 BMW 325i, Nissan Maxima, and Saab 9000 Turbo. Now, the newest 2.0L 4 cylinder E-drive designs have progressed into some extremely lightweight complex systems that still demand respect on the market as of 2022. Further on throughout this guide, we mention that Volvo sometimes has weak electrical components. Yet, additions like regenerative battery charging, and kinetic braking options, showcase that Volvo is progressing into a brand with new standards.

To garner a better understanding of how versatile the T5 powertrain is, we have created a complete list of its applications in the following section. Finally, let’s take a look at the other Volvos that use the T5.

What Cars Use the T5 Engine?

The Volvo T5 powertrain has been applied to a variety of different Volvo models from 1994 to 2022. In other words, the T5 was impressive in 1994 and still finds itself impacting the modern global automotive market. Many T5 drivers associate the engine system with older Volvo S60 models due to their popularity. In fact, Volvo has applied the T5 engine system to numerous different applications throughout its history. Newer generations of Volvo models that come with the Volvo T5 include:

The T6 powertrain is also available throughout the models listed above, as well as other higher trim levels of these applications. Again, the only difference between the T5 and T6 is that the T6 is both turbocharged and supercharged. Therefore, many drivers seeking out slightly more power output might prefer the Volvo T6. Yet, there is good reason for the success and longevity of the T5 powertrain. Volvo has readily sustained high standards of quality and safety. With that said, let’s move on to the overall reliability of the T5 powertrain including its most commonly reported problems below.

Volvo, in general, is commonly associated with reliability and durability. As previously mentioned, safety is also a high priority for most applications. The T5 engine system does a good job of maintaining those priorities and not dropping the Volvo standards. Most T5 powertrains can reach extremely high mileage with proper maintenance and upkeep. Therefore, many Volvo T5 drivers expect to see upward of 200,000 miles without severe or costly repairs needed. However, no engine is entirely perfect or bulletproof; and the T5 does have its various problems. Within the following section, we will examine and discuss the top 3 most commonly reported problems for the Volvo T5 system. It is important to note that the occurrence of these listed problems is not guaranteed for every T5 driver. Yet, they are reported or anticipated by enough Volvo drivers to be considered noteworthy.

In general, we have to give the T5 system a fairly average to an above-average rating in terms of reliability. Certain engine design components remain too fragile to be considered extremely durable or entirely reliable. Also, when only considering Volvo engine systems, the T5 and T6 both fall to the lower end of the spectrum for overall reliability when compared to other models. Still, the longevity of the engine system is superior to many similar models with similar size and power output. To garner a better understanding of the T5 and its reliability in totality; let’s jump into the most commonly reported problems for the Volvo T5 engine below.

Most Common Problems for the Volvo T5

The Volvo T5 powertrain is considered to have an exceptional build quality. However, certain components of the Volvo T5 can be considered fault-prone. Along with our listed problems below, certain electrical systems within many Volvo T5s (and other Volvo configurations) seem to experience problems at a higher frequency. These electrical problems range from quickly burnt headlights to power window failure, or problematic E.C.Us (Engine Control Unit). Aside from the various potential electrical issues within the T5, there are also other considerably weaker aspects of the engine’s design. With that said, let’s jump into our top three most common problems associated with the Volvo T5.

Various transmission problems have been reported for the many models that utilize the Volvo T5 powertrain. These problems may consist of:

Many of these transmission problems for Volvo may be due to the need for a software update. In fact, the majority of transmission-related issues for the Volvo T5’s applications are a result of fault-prone electrical components. Fortunately, this does not often require the costly replacement of an entire transmission system. Unfortunately, due to the wide variety of different catalysts, this source of transmission problems may be harder to diagnose or identify. Volvo isn’t especially known for the strength or durability of its electrical systems, this problem is another reminder.

Experiencing a creaking or clunking noise emitting from the front of your Volvo? You may be experiencing the symptoms of worn upper strut mounts. Prematurely worn strut mounts are a largely reported issue from many T5 owners. This issue is most prominent within Volvo S60 (and Polestar) models; however, is also known to affect a wide variety of other Volvo applications as well. There are many different symptoms associated with worn strut mounts, including:

This issue can be consistently annoying and potentially create hazardous conditions for drivers. Therefore, if experiencing any worn strut mount symptoms it is essential to diagnose and repair any problems promptly.

One of the most common problems for the vast majority of vehicles we report on is oil leaks and high oil consumption. Unfortunately, the Volvo T5 powertrain also commonly has nagging oil issues. This problem is applicable to many of the larger-bodied T5 applications; that seemingly chug oil at higher mileages and after experiencing considerable wear and tear. However, many oil leaks and high oil consumption issues may be deterred by proper and timely maintenance. Replacing filters and utilizing high-quality oil are absolutely essential to extending any engine’s lifespan. Some of the most common symptoms of an oil leak and high oil consumption problems for the T5 engine include:

Just to reaffirm, many engine systems experience nagging oil problems throughout their lifespan. Regardless of our listed issues, the T5 is a highly respected powertrain with respect to its reliability and longevity. These engines often reach high mileage with low maintenance costs. Therefore, it’s hard to scrutinize the reliability of the T5 too much. In conclusion, Volvo’s standards of quality and durability demand respect, even if certain aspects of the T5 still lack immaculate quality.

These lightweight complex 4-cylinder T5s highlight Volvo’s ability to progress its engine design technology. They are known for their efficiency, and longevity when properly maintained. Most T5 drivers report a smooth, responsive, driving experience that aims to deliver power and performance. Sure, Volvo isn’t necessarily the first brand that comes to mind when you think of high-performance vehicles. Yet the T5 engine, and its varying applications, showcase the ability to balance safety, efficiency, and economical engine performance.

As we previously stated, these engine systems aren’t simple. Therefore, repairs generally aren’t the cheapest. However, we gave the T5 a reliability rating that floats around “above average.” This may not be the most durable engine that Volvo has to offer. Yet, aside from our commonly listed problems, these engines are expected to reach high mileage without demanding or extremely costly repairs.

In conclusion, the T5 is another celebration of Volvo’s lengthy history of producing inline engines. Upon initial release, they represented power and efficiency. The T5 has continued to sustain its value while adapting to the modern standards of the automotive market. Therefore, many drivers appreciate the Volvo T5 not only for its daily driving applications but also for its driving experience and long lifespan.

Finally, let us know in the comments below your experience or opinions on the T5 and T6 engines!