The Honda K series is a set of four-stroke four-cylinder engines from Honda initially introduced in 2001. These engines are renowned for their impact on the automotive market throughout the early 2000s. Throughout this guide, we aim to examine and discuss the Honda K20 engine specifically, including its various strengths and weaknesses. The K20 has garnered lots of love from driving enthusiasts, either for its fantastic adaptability to tuning or as practical and reliable everyday drivers. With that said, let’s now dive into our Honda K20 engine guide.

K series engines are all equipped with DOHC valvetrains. The design of these K engines mimics the Honda B and F series engines by utilizing cast iron sleeves. Additionally, the K series of engines have two short blocks with an identical design to that found in the Honda B series. Modern designs of the K20 engines have been used in various motorsport applications. Thus illustrating the Honda K engine’s adaptability and high-performance potential. Therefore, the K20 engine has gained growing interest from the modding and customization community.

Throughout this guide, we will primarily focus on the Honda K20 engine’s performance potential, reliability, and overall value. To gather a better understanding of the K20’s versatility, let’s take a look at the basic engine specs and applications in the following sections below. 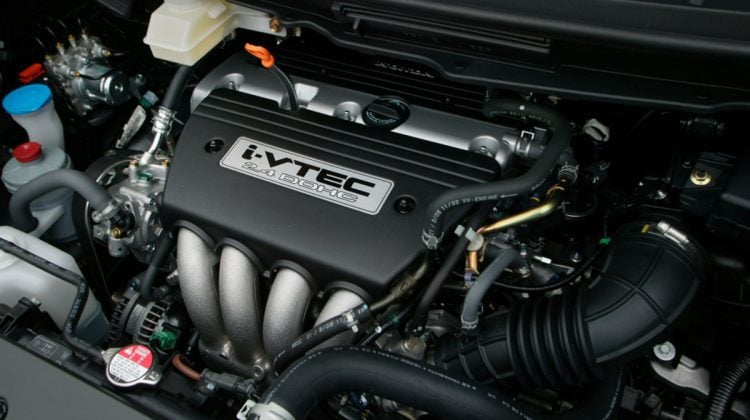 There are four official variations of the Honda K20 engine: the 20A, 20B, 20C, and 20Z. Slight, yet noteworthy differenences exist between each engine type. Therefore we have outlined the basic engine specs for each Honda K20 engine below, starting off with the K20A.

What Cars use the Honda K20?

The first configuration of the Honda K20 engine, the K20A1 and K20A3 were applied to the following models:

The Honda K20B engine was used in the following Japanese van:

Furthermore, the K20C engine was used in the models listed below:

Lastly, the Honda K20Z engine type was applied to the following models:

Now that we have highlighted each Honda K20 engine variant, and their associated applications, let’s jump into a review of the K20 engine’s overall reliability in the following section below.

Aside from the fact that the Honda K20 is considered to be exceptionally reliable, certain problems do persist within the engine’s design. Regardless, many drivers anticipate reaching extremely high mileages with proper maintenance and upkeep practiced. Typical engine maintenance is obviously required throughout time and wear, yet can extend the lifespan of your K series engine considerably. Additional maintenance such as valve adjustments every 20,000 to 25,000 is also necessary.

It is also crucial to note that the timing chains rotating the camshafts have a service life that lasts up to 120,000 miles. Therefore, it is necessary to check the timing chain’s status in case of a needed repair or entire replacement upon reaching this milestone.

Aside from the additionally required maintenance, the Honda K20 engine is renowned for its great overall durability and longevity. Sure, engine customization projects are going to run into more problems due to the added output of power. Yet, with the proper selection of supportive mods and a good tune drivers should expect an impressive overall boost without compromising too much reliability or structural integrity.

Finally, let’s now take a look a the most commonly reported problems for the Honda K20 engine in the next section of this guide.

So, we’ve drawn the verdict on the reliability of the Honda K20 engines. They vary from good to great depending on which configuration, which year, and how properly they were maintained throughout their lifespan. However, no engine system is perfect or bulletproof. With that said, let’s now take a look at the most commonly reported problems for the Honda K20 engine starting with engine knocking and irregular vibrations.

Engine knocking, or excessive vibrations, are never a good sign for any driver. Unfortunately, these problems are some of the most commonly reported for Honda K20 systems. On a positive note, this problem can be commonly repaired with a simple valve adjustment. It is important to recognize that if not repaired correctly and promptly, stress and wear will increase on the exhaust camshaft. This will eventually lead to your engine system requiring a camshaft replacement. Again, this issue and many other problems can be deterred with proper maintenance and upkeep  (including the usage of high-quality oil and timely replacement of oil filters).

Engine knock sensors may also be a culprit, masking the cause of abnormal engine vibrations. Fortunately, a knock sensor replacement isn’t an extremely time-consuming or complex solution. If experiencing higher engine vibrations we recommend diagnosing and repairing the source of the issue ASAP. We will never recommend continuously driving on any problem that may cause hazardous conditions or further extensive engine damage.

Oil leaks within many Honda K20 engines are often a result of a broken crankshaft front seal. Once your crankshaft seals have been cleared, then a variety of different culprits may be the cause. Further common causes of oil leaks for many Hondas in general include:

Unfortunately, oil leaks can be a nagging problem due to their different causes. Identifying the source of the problem and diagnosing it properly may present a challenge for drivers, especially those that have cleared their crankshaft seals. A variety of different symptoms of oil leaks for the Honda K series engines include:

Rough engine idles can be a present issue for many K20 drivers. This problem can also be a result of many differentiating causes. Therefore, let’s examine and discuss problematic rough idle issues for the Honda K20 engine in further detail below.

It may be noteworthy or mentionable that certain Honda K series engines are prone to the fourth cylinder overheating. This issue is most prominent in models produced between 2000 and 2003. Further causes of a rough idle in your Honda K20 engine may include:

Lean air/fuel mixtures as well as various other mechanical issues may also result in poor acceleration and engine performance. Additionally, many drivers report that motor mounts are prone to premature wear in their K20 applications. These faults may mask other problems, and therefore hide a progressively growing issue in your K20 engine system. Therefore, it is crucial to diagnose and resolve any rough idle problems as they might mask or hide further substantial engine issues.

Some may consider the Honda K series some of the finest engines the brand has ever produced. Considering how impactful the K engines were on the JDM community, the effect the K20s had on the aftermarket industry has been impressive, to say the least. Commonly associated with drifters, almost to a comedic level, the K20 engine has had a wide variety of applications regardless of some initial judgments drivers may have about these engines. B series drivers may still think their systems are superior, yet over time the K series has continued to garner respect from many different Acura and Honda enthusiasts.

The K20 engines symbolized a big progressive leap from their predecessors, including the Honda B18 engine. The i-VTEC technology substantially improved the K20’s airflow and overall performance capabilities. The Honda K20’s adaptability to tunes and modifications is impeccable. Therefore, many enthusiasts love these engines as modding projects or engine swaps.

Honda has produced some of the most dynamic and impactful inline-4 cylinders in history. The introduction of the K20 engines may not have been smooth due to drivers comparing standards to that of the Honda B series. However, throughout history, the K20 has transformed into one of the most celebrated Honda engines of all time. Let us know in the comments below your experiences or opinion on the collection of Honda K series engines!