Many driving enthusiasts are balancing out two dynamics, speed and affordability. With the proper research, one can find their high-performance car without burning a hold in their wallet. But, unfortunately, the average American, or international citizen for that matter, simply doesn’t have a six-figure budget. Yet, that doesn’t mean buying a car with exceptional power and speed should be unattainable. Throughout this guide, we aim to examine and detail six of our highest recommendations for cars that can satisfy your need for speed for under 30k.

One of the most common and reasonable choices when seeking out a vehicle with respectable power capabilities is buying a used high-performance car. There are plenty of available cars throughout the world without excessive mileage or wear and tear, which can be a great option. With that said, let’s jump into our list of the fastest used cars under 30K and their compared pros and cons.

When one thinks of affordability and speed, the Ford Mustang is often one of the first models that come to mind. However, due to the wide variety of configurations and engine options, it may be challenging to narrow down which Mustang application has the highest performance value for its price. Nevertheless, the S550 Mustang GT (sixth generation) and its 5.0 Coyote engine are hard to ignore due to their accessibility, affordability, and high-speed capabilities. Models produced between 2015 to 2018 come stock with 435 horsepower, and the third generation 5.0 Coyote applications come with 460 horsepower.

Additionally, Mustang GT models produced in the past decade and EcoBoost Mustangs built after 2015 can be a great option. Both of these Mustangs offer high-quality and high-performance engine systems for less than our 30k budget. It also doesn’t hurt that aftermarket Mustang parts are ample and available at reasonable prices. Therefore, when reviewing options for an economical high-speed car, you can’t go wrong with a Mustang GT with decent/lower mileage or even the new lightweight EcoBoosts.

Check out our previous write-up on the best Mustang 5.0 Coyote upgrades and mods. Then, for you EcoBoost enthusiasts, feel free to take a look at our article on the best bolt-on upgrades for your 2.3L EcoBoost. 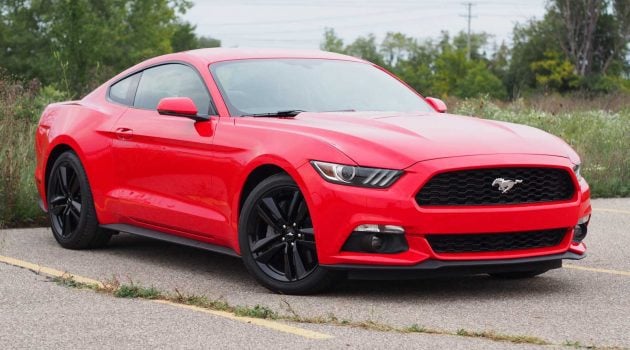 The BMW Z4, and its sleek aesthetics, might surprise some drivers for being available for under 30k. Plenty of used options of the Z4 is currently available on the market. The real challenge might be finding a Z45 35i twin turbo for a reasonable price without high mileage and wear. Reliability can be questionable on this model, especially on used models that have been consistently aggressively driven. Yet, once found, these cars can be some of the best bang for your buck in terms of power and performance. The 2011 Z4 comes stock with up to 335 horsepower, and the engine system can adapt exceptionally well to balanced mods and upgrades. With basic mods, drivers can look to boost their Z4 N54 twin-turbo up to 450+ horsepower. With more substantial turbo modifications, drivers may even see horsepower increase past the 600 mark.

Those power gains are extremely impressive for any car, including a lightweight BMW like the Z4. However, the Z4 in general, is not extremely reputable in terms of reliability or durability. That makes the Z4 N54 a potential big project for modding enthusiasts. This may extend your budget more than expected and potentially past our 30k boundary. For more information on the BMW N54s, check out our previous complete guide on this engine system. 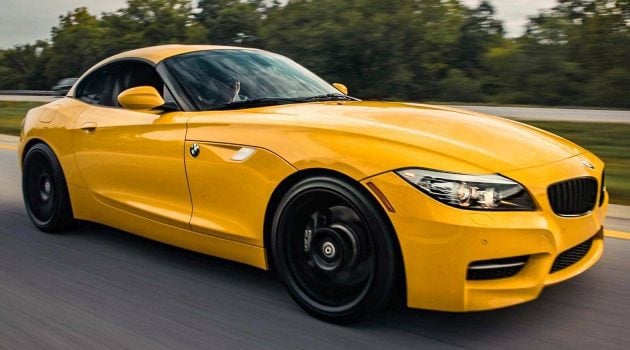 This leads us to our next recommendation for the fastest cars under 30k, yet another BMW. The different configurations of affordable BMWs with the B58 engine are a strong option for any driver who wants speed. However, this may be one of the most difficult cars to find under our 30k budget. Fortunately, the reliability of the 240i through 440i is considered to be much more respected than that of the Z4.

These B58 engines are also known for their exceptional ability to handle mods and upgrades. Once again, many modding enthusiasts look to boost their B58s up to 450+ horsepower with simple bolt-on mods. Additionally, with more substantial and excessive mods, these B58 engines can reach 600+ horsepower. Yet, these modifications can be more of a liability than a benefit without the proper balance of supporting mods and a good tune. The BMW 240i, 340i, and 440i with their B58 engines can be some of the best performance vehicles on our list; it just may be harder to find them for under 30K. Check out another one of our previous guides on the B58 engine for more information on these impressive engines. 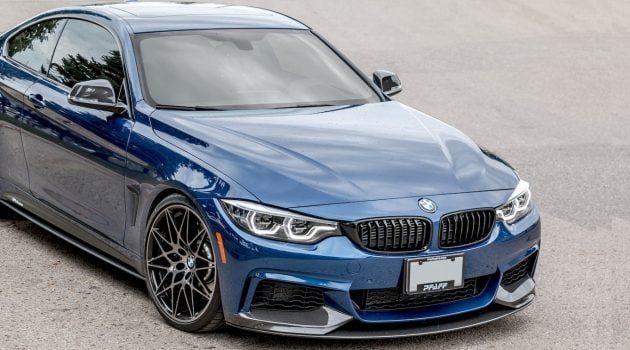 The 2022 Subaru WRX base model, as of 2022, is listed right below the 30k MSRP. However, compared to the other models that made our list, the WRX STI may be one of the least sufficient in terms of stock power. This doesn’t mean that the WRX cannot be amplified with certain mods to become extremely powerful. Yet, it does mean that this model may require more customization and aftermarket parks to reach its potential fully. In fact, the Subaru WRX STI may have one of the biggest and most respected modding communities on this list.

For reference, a 2021 WRX STI comes with 310 horsepower and 290 lb-ft of torque. As we stated, the majority of the models that made our list come with equally impressive stock horsepower. However, the potential and power ceiling of the WRX STI demands respect. WRX drivers continue to promote their beloved STIs due to their amazing adaptability to mods and overall potential. These cars are especially renowned for their impressive ability to boost power with the appropriate mods and tuning. In addition, the Subaru WRX STI comes with exceptional cornering and even rally capabilities. Therefore, additional power is just the icing on the cake of the WRX’s driving experience. It’s never wise to sleep on the Subaru WRX STI. These are some impressively high-performance vehicles with a very reasonable price tag.

We hate to redundantly reiterate how great the WRX is in terms of its response and adaptability to mods and upgrades. Yet, this car may be the best for custom engine projects throughout our list. For further information on the best WRX mods, take a look at our last article on the six best performance modifications for the Subaru WRX. 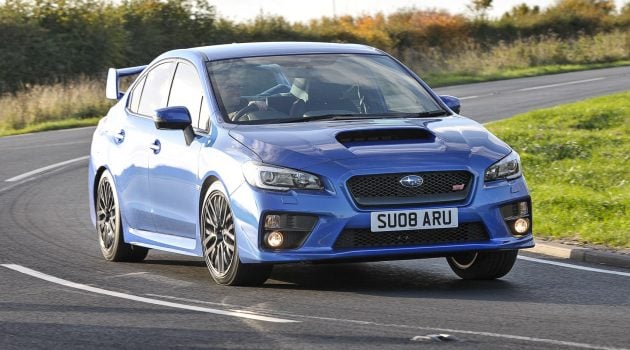 Let’s be honest; the Miata MX5 may not be the most powerful engine that makes our list. However, the driving experience of this smaller lightweight car has garnered itself a community of its own. Miata drivers love the MX5 for a good reason. This option is not only affordable and a great customization project; it’s also just fun. Sure, the Miata and its engine are small and not the most robust option on our list. However, what the Miata MX5 lacks in-stock power, it makes up for in so many other performance aspects. For instance, this may be the car with the best driving experience on our list. Maneuverability and steering are above average for most Miatas due to their lightweight performance configuration. Additionally, many Miata owners cite the fact that bolt-on mods are reasonably priced and often easy to install. Like the WRX STI, these engines are great foundations for customization and modding projects.

The apex of the Miata’s value may be the overall handling and performance the car offers. Due to the lower overall weight compared to our other options, cornering, responsive steering, and maneuverability are always impressive for the Miata. Not bad for a car with a 2022 sticker price of $27,300. Sure, the Miata MX5 only comes with 181 horsepower and 151 lb-ft of torque stock. However, the power boosts are impeccable on a Miata with a good balance of supportive mods. Therefore, the Miata and WRX STI might be the vehicles with the most potential room for power growth on our list. We have published a previous buying guide on the Miata MX-5 that will benefit anyone currently on the hunt for a Miata. Finding a C6 Corvette for under 30k might be more challenging than other models that made our list. Yet, models produced before 2013 with reasonable mileage can be great options that don’t break our 30k budget. The sixth generation of Corvettes offers an excellent base for any customization project and has enough power to intrigue any driver seeking out high stock power and performance. Therefore, we recommend searching for models produced between 2006 and 2012 to remain within budget. Pre-2008 models utilize the 6.0L Chevrolet LS2 engine. Yet, models made after 2008 come with the 6.2L LS3 engine. Both are known for their easy maintenance and potential to improve their power with modifications significantly.

Z01 and ZR1 configurations are indeed out of our price range. Breaking the budget and the fact that any of those configurations under 30k will likely be in such poor shape that they cannot make our list of recommendations.

These engines are popular for their power and overall easy maintenance. In addition, aftermarket parts are readily available for the Corvette in the U.S, contributing to their value as project cars. Sure, they might be one of the more pricey options on our list. Yet, when you find that sweet spot of reasonable mileage and wear, a C6 Corvette can be one of the most impressive high-performance vehicles for under 30K. Sure, the C8 may have a substantially more impressive output of power. Yet, one of our previous write-ups on the Chevy LT2 engine problems may sway drivers to consider the C6. The price of a C6 is much more reasonable, and the speed may be enough for most drivers seeking out a power-oriented application with a great ability to respond to modifications. 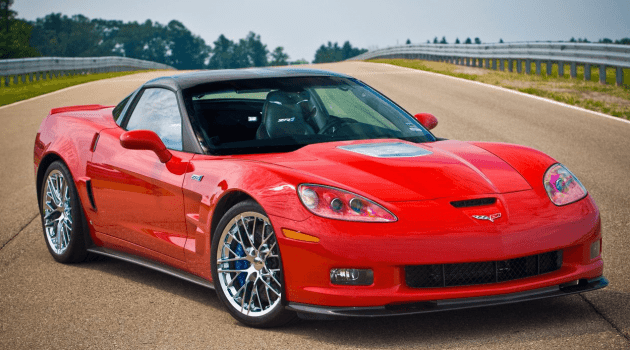 Finding a car with speed, reliability, and a good foundation for modifications under 30K may be difficult. However, with the proper research and understanding of the market, one can find themselves in a high-performance economical car. In fact, there are a variety of different options under our 30K budget with impressive engine systems and power specs.

We covered some of the modern American sportscars that are accessible and balance affordability. The Corvette and the Mustang both immediately come to mind when prioritizing speed, adaptability to upgrades, and ample aftermarket parts readily available in the states. Furthermore, two BMWs (in the early to late 2010s) made our list. The N54 3.0L twin-turbo engine and smaller-bodied B58 engine applications are great options. Yet, finding either without high mileage or extensive needed repairs may be somewhat difficult. Regardless, both of our BMW options are great project cars that can substantially boost their power with proper modifications and tuning.

We also mentioned the affordable Subaru WRX STI with its beloved community of followers. The WRX STI might be one of the most powerful sleeper performance models on the automotive market to this day. Lastly, the Miata MX5 is one of the most fun and quirky options on our list that still maintains impressive speed specs with the help of its light build.

Therefore, having a sporty, high-performance car doesn’t require being a millionaire. These days the options for vehicles with impressive engine systems, without overtly high mileage, and without severely pricey repairs are ample enough for many buyers to find without challenge. So let us know the comments below your opinion on which model is the highest quality car with substantial power output!