The 2.0 Subaru FA20 engine made its debut in 2012 with two variants of the engine. FA20D engines use direct and port injection and are not turbo. On the other hand, the FA20F uses a twin-scroll turbo and direct injection. Both variants of the Subaru FA20 won the Wards Auto 10 best engines award. They’re great engines that offer a solid balance of performance and efficiency. However, perfect engines don’t exist and there are no exceptions to the rule here. In this article, we discuss common problems with the Subaru FA20 engines and finish with overall thoughts on reliability. 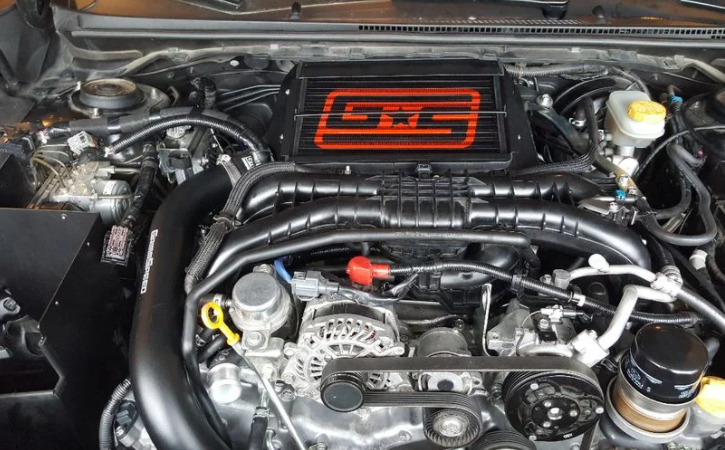 Below are a few of the basic specs of the FA20D and FA20F engine. Note – the Subaru FA20F is also known as the FA20DIT, where DIT stands for “direction injection turbocharged.”

As shown above, the specs between the two engines are similar. After all, they both share the FA20 engine family. The FA20D does not use a turbo, but receives both port and direct fuel injection. Meanwhile, the Subaru FA20DIT receives a twin scroll turbo but drops port injection. To support the extra power and boost the turbo variant sees a decrease in compression from 12.5 to 10.6. Otherwise, the base design of the Subaru FA20 is nearly identical.

A few of the most common problems with the Subaru FA20 engine include:

We’ll discuss these problems in-depth throughout the rest of this article. However, it’s a good time to add a few notes before moving on. These are among the most common issues with the Subaru engine. That doesn’t necessarily mean they’re actually common or affect a large percentage of cars. Additionally, most of these problems we’re discussing are focused on the FA20DIT turbo engine. We will differentiate between the engine where necessary. That said, let’s discuss each of the above FA20 engine problems.

Why does this problem only affect the Subaru FA20DIT? With direct injection only all fuel is sprayed directly into the cylinders. Engines naturally produce some oil blow-by that moves through the intake tract. Oil blow by eventually makes its way onto the intake ports and valves where it begins to form carbon deposits. With port injection, fuel is sprayed in this area so oil deposits are washed away.

Once carbon build-up becomes excessive the cylinders no longer receive optimal air flow. This is because the deposits make the intake ports smaller over time, which can lead to drivability issues. Expect carbon build-up to become an issue on the Subaru FA20 every 60,000 to 100,000 miles. It’s not a serious problem that needs addressing immediately.

Symptoms of excessive carbon build-up on the FA20 turbo direct injection engine include:

Misfires are typically the start of the problems with carbon deposits on the intake valves. You’ll also likely notice rough idling and stuttering or hesitation while accelerating. Since the cylinders are receiving less air-flow the FA20 will also lose power. However, this symptom is usually hard to detect since carbon build-up happens over time.

Walnut blasting is usually the most effective way to clean off carbon deposits. Of course, the intake manifold must be pulled to access the intake ports and valves. A shop vac and walnut media shells are then used to blast the carbon deposits away. Supplies for the job are pretty cheap, so the fix is mostly labor. Expect shops to charge about $400-600+ to walnut blast the FA20DIT intake valves. Again, it’s not an urgent job but it’s good maintenance to keep up on every 60,000 to 100,000 miles.

This may not be fair to include on a list of common failures on the FA20 engine. However, it’s worth the mention since the turbo engine is easy to tune and mod. Connecting rods aren’t a serious problem on stock FA20 engines. They can still fail, but it’s very unlikely. Start adding more boost and torque, and it’s a different story.

FA20F connecting rods are known to become a concern around the 325-350 torque ballpark. With a tune and mods it’s not too hard to get the Subaru FA20 turbo engine into that area. Again, this isn’t a major concern at stock power levels.

Still, it’s worth the mention since connecting rod failures are a serious issue. If a rod is bent and begins knocking you’re looking at a rebuild of the FA20 engine. Worst case, you may need a completely new engine. It’s not the kind of failure you want to run into, but if you intend to mod the FA20 you should at least be aware of the risk. We’ll skip discussing symptoms and fixes for connecting rod problems. Instead, in the next section we’ll talk about a few ways to mitigate the risk.

A few ways to reduce the risk of connecting rod problems on the FA20DIT engine include:

The first 3 points go hand in hand. Stick with conservative tuning on the FA20 engine. Limit boost to 21-22psi and beware of low-end torque. In the lower RPM’s the pistons are moving slower. This subjects the engine to boosted pressures for an extended period and increases the chance of pre-detonation. It’s usually pre-detonation that bends rods on the FA20DIT, especially when you’re pushing near the safe limits.

Otherwise, data-log frequently. Keep on eye on fueling, AFR’s, ignition timing, etc. If you’re noticing too many timing pulls you should consider adjusting the tune to pull a little timing out. Lean AFR’s are dangerous so that’s another key data point to keep an eye on. In the future, we’ll write some tuning and mod guides for the FA20 engine and dive deeper into these topics.

We’ll be pretty quick moving through this discussion. Some FA20DIT owners aren’t happy with the factory engine software (“tune”) that comes on the car. There are reports that it’s pretty aggressive on boost, isn’t smooth, runs too lean, etc. The proper software for an engine takes a lot of work and knowledge. People also have different ways of tuning and setting up engines.

There may also be some misconceptions out there. The Subaru FA20, as a direct injection engine, is able to run a bit leaner than traditional port injection engines. People used to claim the BMW N54 stock tune ran way too lean. In reality, most of them simply weren’t used to the nature of DI.

Point is – we don’t fully buy into the complaints about the factory software on the FA20 engines. Most owners likely won’t notice any issues. It’s also easy enough to work with a tuner and set the tune exactly how you want it. As such, we don’t really buy into this being a true issue with the FA20.

Alright – we’ll be quick on this topic too. We try not to bring recall related topics into any common problem posts since they’re problems the manufacturer is aware of and trying to fix. However, the FA20D valve spring problems are an interesting topic. We’re specifying the naturally aspirated engine here since this isn’t a known major issue on the FA20DIT turbo motor.

Anyways, Subaru and Toyota issued a recall for valve springs on the FA20D engine in the Subaru BRZ, Toyota 86, and Scion FR-S. Great – they identified a fault and tried to help owners out with an extensive and costly recall. The job requires pulling the engine to access the valve springs and is over 10 hours of labor.

However, some owners have run into more problems after the valve spring fix. The thought it techs working on the recalls may be using too much sealant, which is then mixing with engine oil. Ultimately, it led to a few complete engine failures. It seems to mostly affect to FA20 engine in the Toyota 86. We’ll leave it at that since this is a well discussed topic with plenty of info floating around.

Are the Subaru FA20 and FA20DIT engines reliable? We’ll give the Subaru FA20 average remarks for reliability. It may even earn above average, but there are still some unknowns. The NA Subaru FA20D engine doesn’t really suffer from many common issues. However, there is the recall nightmare with the valve springs but it’s hard to fault the company too much. Newly released engines will always have a few kinks to work out.

On the other hand, the FA20DIT suffers from a few more common issues. It make sense as turbo engines are a bit more complex and have more parts to fail. It’s odd Subaru dropped the port injection since DI only causes carbon build-up problems on the FA20. Otherwise, look out for potential problems with connecting rods failing at higher than stock power and torque. The FA20DIT is easy to tune and mod, but that can start to push the rods towards their safe upper limits.

That said, the FA20’s are solid engines overall that provide a solid balance of reliability, performance, and efficiency. Maintain them well and you’ll likely have a good experience for many years to come.

What’s your experience with the Subaru FA20 engine?

Drop a comment and let us know. Or check out our post on the older EJ255 engine