The Toyota 1GR-FE is a 4.0L V6 engine introduced in 2002. It’s been through a few minor updates but still remains in production today. 1GR-FE engines make 236-270 horsepower. The power is underwhelming for a modern engine with a pretty large displacement. However, low output from the Toyota 4.0L V6 comes with benefits – longevity and reliability. It’s a solid engine all around. Though, no engine is perfect and the Toyota 4.0 V6 is no exception. In this article, we discuss a few of the most common 1GR-FE engine problems and overall reliability. 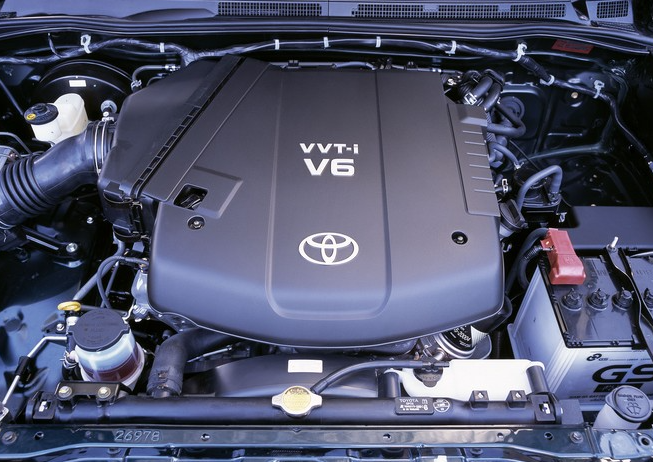 Early 4.0 V6 engine use single variable valve timing (VVT-i) on the intake cams only. In 2009, Toyota moved to a dual VVT-i setup on both the intake and exhaust cams. This lead to an increase in horsepower from 236hp to 270hp for the later engines. There were also a handful of other updates to later engines – mostly for emissions reasons.

4.0L V6 Toyota engines with the single variable valve timing variant are on the following cars:

The dual VVT-i engine variant is in the following models:

We’ll discuss each of these faults throughout the rest of this article and finish it off with overall thoughts on 1GR-FE reliability. 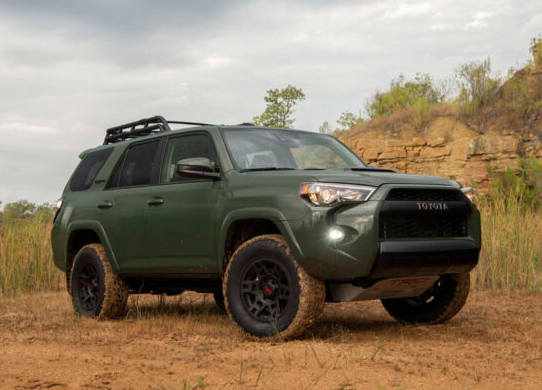 Head gaskets seal the engine block and cylinder heads. They’re vital components in sealing the cylinders and keeping oil and coolant from leaking in. 1GR-FE head gaskets seem to fail most often around cylinder #6. They also typically fail over time rather than suddenly. If you’re experiencing misfires, white smoke from the exhaust, and coolant loss the 4.0 V6 head gasket(s) may be to blame.

Head gaskets are one of the more common failures on the 4.0L engine. Again, that doesn’t necessarily mean they’re common. Plenty of 1GR-FE engines are running around at 250,000+ miles on the original gaskets. However, head gasket problems are worth the mention since they’re one of the more expensive issues.

The sooner you catch head gasket faults the better. Additional damage is pretty rare on the 1GR-FE 4.0 engine, but it can happen. As coolant enters cylinders it can wipe away oil and cause premature wear. Coolant can also cause damage to catalytic converters and other components.

A few potential symptoms of head gasket issues on the Toyota 4.0 V6 include:

There are a few other symptoms you may notice, too. White smoke from the exhaust may have multiple causes, but particularly pay attention if it has a sweet smell. This often means coolant is entering the 1GR-FE cylinders and burning. Coolant loss may be minor, but if you’re topping up on coolant often without any visible leaks the gasket may be to blame. Oil and coolant in the cylinders can also cause misfires and fouled spark plugs. Finally, coolant usually mixes with oil when the head gasket fails so check for milky oil on the Toyota 4.0.

Assuming you catch the head gasket leak quickly the chance of additional damage is very low. In this case you can simply replace the 4.0 V6 gaskets which can be had for about $50-100. It’s also not a bad idea to replace other parts with a gasket repair kit like this. Consider other parts in the area if you’re high mileage.

While the head gaskets are cheap the labor to replace the 1GR-FE gaskets can add up. Expect to pay about $800-1200 for labor.

Water pump problems on the Toyota 4.0 engine is an interesting discussion. Many hold up to 150,000+ miles and failure after that point probably isn’t fair to consider a problem. Water pumps are standard wear and tear items that take abuse with age and mileage. Some do run into actual Toyota 1GR-FE water pump failures.

However, it seems some replace the pump thinking it’s failing when it may actually be perfectly fine. Occasionally the pumps show coolant stains or actual coolant leaking near the drain holes. A little coolant seepage is normal and typically indicates the coolant needs changing. It may also be a sign the 4.0 V6 water pump is actually failing.

Nonetheless, it’s important to fix Toyota 1GR-FE water pumps quickly if an actual failure occurs. A lack of coolant or coolant flow can lead to overheating which can ultimately lead to head gasket problems. Again, water pumps are wear and tear parts. They might fail sooner, but failures at 150,000+ miles aren’t unusual.

Look for the following symptoms that may indicate problems with the Toyota 1GR-FE water pump:

Visible leaks may point to an issue with the 4.0 V6 water pump. If the water pump completely fails the engine will lose coolant flow and quickly overheat. In this situation, shut down the 1GR-FE as soon as possible and address the issues before driving again. Finally, steam from the engine bay may be present if the coolant is leaking onto hot parts.

Toyota 4.0 V6 water pumps come in around $100. Labor will take a few hours so expect to pay another $250-500 in labor. It’s not a challenging DIY for those with a basic understanding of engines and some DIY experience.

Spark plugs and ignition coils are standard wear and tear items on the Toyota 1GR-FE engine. Some do experience premature ignition coil problems. However, the fact this makes the list is more a testament to the reliability of the 4.0L V6 engine. Many engines require ignition coil replacement around 150,000 miles. Sometimes ignition coils can last the life of the engine.

Fortunately, ignition coils are easy to replace and are pretty cheap in the grand scheme. We also come from the turbo BMW world where all 6 ignition coils require replacement every 25,000-60,000 miles. As such, a coil or two failing around 100,000 miles on the 4.0 V6 doesn’t sound bad at all to us.

The following symptoms may indicate a problem with one or more ignition coils on the 4.0L V6:

You’ll also notice similar symptoms with faulty spark plugs. It’s a good idea to change the spark plugs every 80,000 – 100,000 miles. Spark plugs are also very cheap so if you haven’t changed them in 100,000+ miles then it’s a good starting point.

Otherwise, the above symptoms may be due to a faulty ignition coil on the Toyota 1GR-FE. If you have a code scanner you can read the fault codes to see which cylinder(s) is misfiring. Try swapping the ignition coil with another cylinder. If the misfire follows the ignition coil then you’ve found the likely culprit.

We recommend replacing all 6 coils at the same time. This is especially true if your Toyota 4.0L V6 is north of 100,000 miles. A set of 6 ignition coils is right around $90-150. It’s a very easy DIY that you can knock out in the driveway in less than an hour. The same goes for spark plugs and a set of 6 will only set you back about $50.

How Reliable Is The Toyota 1GR-FE Engine?

Toyota’s 4.0L V6 engine earns above average remarks for reliability. It’s without question one of the most reliable engines we’ve written about. The 1GR-FE does not suffer many common problems. When failures do occur they’re usually pretty cheap and simple to fix. The only exception are the issues with 4.0 V6 head gaskets. However, the head gasket failures likely only affect a very small percentage of all 1GR-FE engines on the road.

Plenty of Toyota Tundras, Tacomas, 4Runners, and FJ Cruisers have 250,000+ miles on them. It seems most owners have positive experiences even at incredibly high mileage. Of course, maintenance and oil changes are key to ensuring a reliable experience with the 4.0 V6 engine. That holds true for any engine.

Maintain your 1GR-FE well and it will reward you. Take care of repairs if and when they pop up. The Toyota 4.0L V6 engine itself can outlive the useful life of many other wear and tear components like ignition coils, water pumps, etc. As such, occasional issues will pop up on high mileage engines.

The Toyota 1GR-FE is an excellent all around engine. Power output is fairly low for a large V6 engine, however it’s plenty of power for most needs. It also helps the 4.0L V6 engine earn exceptional remarks for reliability. There aren’t many common issues with the 1GR-FE. Also, when problems do pop up they’re typically simple, cheap repairs.

Look for potential issues with head gaskets, water pumps, and ignition coils. It seems most of these failures affect a pretty small percent of Toyota 1GR-FE engines on the road. However, the 4.0 V6 is known to hold up well beyond 250,000 miles. Expect a few problems to pop up as these engines reach and surpass that mileage.

What’s your experience with the 1GR-FE engine? Do you have a Tundra, Tacoma, 4Runner, or FJ Cruiser?