Nissan’s VQ35DE is a 3.5L V6 engine that began production in 2000. It’s a long running engine – best known for its use in the 350Z and G35 – that Nissan is still making to this day. The 3.5 V6 offers 228-300 horsepower, depending upon the specific model. The VQ35DE is a great performance engine that also offers solid reliability and longevity. However, no engine is perfect. In this article, we discuss Nissan VQ35DE problems, reliability, and specs. 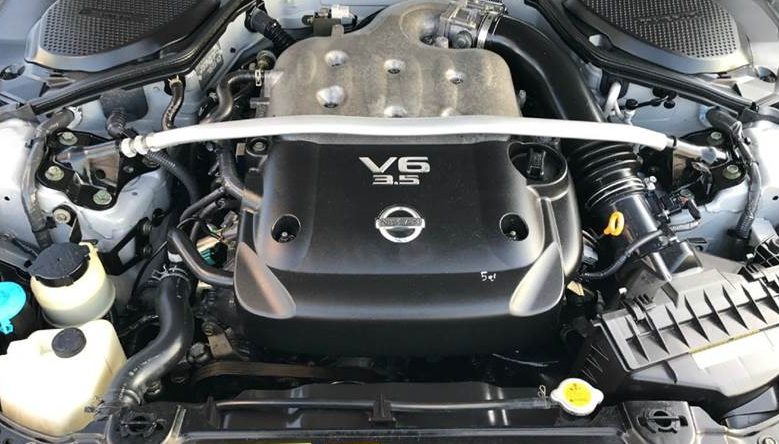 What Cars Use the VQ35DE?

The 3.5L V6 Nissan VQ35DE engine is in the following Nissan and Infiniti models:

As you can see, it’s quite the list of years and models for the VQ35DE engine. We may be missing a few years and models from the list since it’s a lot to track down. The 3.5 V6 is likely best known for its use in the Nissan 350Z and Infiniti G35 models.

Anyways, as a long running engine it’s been through some minor updates over the years to improve efficiency, reliability, and performance. That said, some years and models may be more or less prone to the common VQ35DE problems we discuss. It’s also likely newer engines will be more reliable in the short-term simply due to lower age and mileage.

We believe the length of production and scope of cars that use the VQ35DE is a testament to the engine. Horsepower and torque are very good for an engine made in the early 2000’s. It also offers a 6500 redline, which increases to 7,000 on some of the “rev-up” Nissan VQ35DE engines. Point is – based on the specs and real world results the Nissan 3.5 V6 is a solid performance engine.

The 3.5L V6 Nissan engine also uses a forged crankshaft and connecting rods. This helps with strength and longevity and allows the VQ35DE to handle some extra power with bolt-on mods. We’ll touch on this in the future with an article about tuning and modding the Nissan VQ35DE.

A few of the most common problems with the Nissan 3.5L V6 VQ35DE engine include:

We’ll touch on these 3 issues in-depth throughout the rest of this article. At the end we’ll also discuss VQ35DE reliability and longevity. Before diving in it’s important to add a few quick notes. We’re calling these Nissan VQ35DE problems the MOST common for good reason. It doesn’t necessarily mean they’re extremely common issues that affect a large percentage of engines. Rather, when failures do occur these are a few of the most common areas.

Nissan has been using the 3.5L V6 for over two decades now. We don’t believe they would stick with the engine that long if it didn’t offer an excellent balance of performance, reliability, and longevity. That said, the VQ35DE is a reliable engine that’s known to make it beyond 200,000 miles with few failures or major issues. 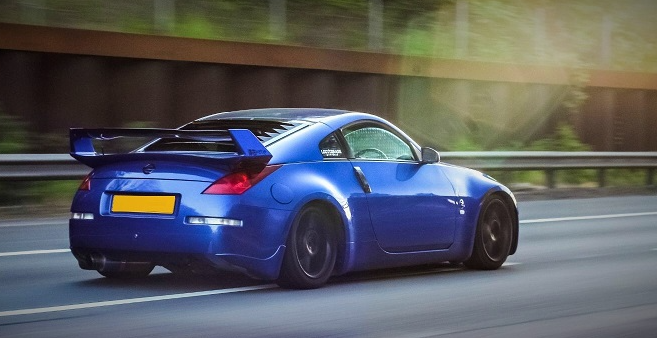 *Nissan 350Z powered by the VQ35DE engine pictured above

This is a topic we’ll be fairly quick on. The VQ35DE often burns oil at a pretty fast rate, especially with age and higher mileage. However, high oil consumption doesn’t appear to cause any reliability concerns. We’re not aware of any other underlying problems that cause higher oil consumption. It also doesn’t cause any other problems for the Nissan VQ35DE.

Of course, it’s important to pay attention to oil levels as you may need to top up between oil changes. Running too low on oil is never a good thing. Otherwise, there really aren’t any downsides to the high oil consumption on the Nissan VQ35DE engine. Apart from spending a few extra dollars on oil between changes.

One final note – though this isn’t a common problem by any means. If oil consumption gets too excessive you may consider looking further into it. This is especially true if it’s accompanied by excess smoke from the exhaust. As engines age they can lose compression and begin burning more oil. It’s usually a sign the VQ35DE is nearing the end of its life.

There are a couple small things you may be able to do to help reduce oil consumption for the 3.5L V6 Nissan engine:

There’s usually not many simple, cheap ways to reduce oil consumption. However, these few things may help a small amount. Avoid idling the engine for too long. High oil consumption also seems to be a bigger issue on VQ35DE engines driven short distances. Stick with high quality oils and you may consider running a slightly heavier weight oil. Changing the oil a little more often can also help.

Moving onto a more legitimate common engine issue for the 3.5 V6 VQ35DE engine. Again, most problems likely aren’t as common as the internet may lead you to believe. However, the timing chain guides and tensioners are two of the more common problems on the VQ35DE. As the names suggest, these parts help keep tension and guide the timing chain. They’re critical parts to the Nissan VQ35DE timing chain system.

It’s good maintenance to check the timing chain around the 150,000 mile mark. Problems usually show themselves north of 100,000 miles, but some timing chain systems will last twice that long.

A few potential symptoms of timing chain, guides, or tensioners failure on the VQ35DE include:

The main symptom of timing chain problems is a rattling or clunking sound coming from the engine bay. This is usually the first sign the Nissan 3.5 V6 timing chain is failing. We included a video below to highlight the sounds. If left for too long the timing chain can slip, which will throw off ignition timing. At this point you’ll likely notice a lot of symptoms like a check engine light, rough running, power loss, etc.

Replacing the guides and tensioners on the VQ35DE does take some moderately intensive labor. The labor alone can add up to about $500-800. Of course, that can vary a lot depending upon your location and year/model. Parts usually come in around $100-400. If you’re just doing the tensioners or guides it’s on the lower end.

However, we recommend opting for a timing chain kit and replacing the full system on VQ35DE engines. This is especially true if you’re engine is high mileage and you intend on keeping the car.

Now for the last of the common problems on the 3.5 V6 VQ35DE engine. As these engines age they can develop oil leaks from the valve cover gaskets (VCG). The Nissan engine isn’t alone here as valve cover leaks are common on plenty of engines. After all, the VQ35DE valve cover gaskets are made from a rubber material. As the engine goes through constant heat cycles these gaskets take a lot of abuse.

Over time, the material degrades and begins cracking. This allows oil to start seeping from the valve cover area slowly. It’s usually not an urgent repair on the 3.5L V6 Nissan engine. However, leaks will continue to get worse over time as existing cracks expand and more develop.

The main concern is oil dripping onto hot components that may cause fire or safety hazards. Since the valve covers lie at the top of the engine the oil can also make a mess in the engine bay. Oil may end up on other VQ35DE parts like engine mounts, which can cause premature wear. Point is – it’s not an urgent repair but it’s still a good idea to replace VCG sooner than later.

Look for the following symptoms that may indicate an oil leak from the Nissan VQ35DE valve cover gaskets:

A visible leak on the ground is one of the first symptoms you’ll notice. However, it’s possible the VCG has been leaking for a while by the time you even notice. These leaks start small and any drops may be caught in the engine bay and burn off before dripping to the ground. As such, you might notice burning oil smells or small amounts of smoke from the VQ35DE engine bay.

Fortunately, valve cover gaskets are dirt cheap. Each VQ35DE VCG will run about $10-20. However, the labor can be a bit intensive so labor expenses can add up at a repair shop. For an experienced mechanic labor will likely come in around 2-4 hours so expect about $200-400 in labor costs. It’s not a challenging DIY as long as you have some patience and basic knowledge.

Is the VQ35DE 3.5L V6 engine from Nissan reliable? Short answer – yes. We believe the VQ35DE earns above average marks for reliability. There’s a reason Nissan has been using this engine for two decades. The 3.5 V6 offers an excellent balance of performance and reliability.

Overall, the engine doesn’t suffer from many common issues. Most VQ35DE problems don’t even pop up until 100,000+ miles, and it’s natural for all engines to have a few failures with age and mileage. As such, the 3.5L V6 earns great remarks for reliability.

Of course, some reliability comes down to how well you maintain the VQ35DE. Stay on top of maintenance and change the oil on time with high quality oils. If and when problems occur fix them in a timely manner. Maintain the Nissan VQ35DE well and chances are it will offer a reliable, long life of 200,000+ miles. Not too bad for longevity.

Writing about common problems for engines can be tough. It brings up the bad side of an engine and suddenly you begin thinking the worst. However, that’s not what we want to accomplish with these guides and certainly not for the Nissan VQ35DE engine. It’s truly a good engine all around. Reliable, efficient, and solid performance. There isn’t much to complain about with the 3.5 V6, but no engine is perfect.

A few common problems with the VQ35DE include oil consumption, timing chain parts, and valve cover gasket oil leaks. They’re all minor issues in the grand scheme, especially considering the failures usually don’t occur until 100,000+ miles. Considering these engines are capable of making it upwards of or beyond 200,000 miles some problems along the way are natural.

What’s your experience with the Nissan VQ35DE engine? Leave a comment & let us know!