The Honda K20 is a 2.0L inline-4 engine that hit the market in 2001. It’s a part of the popular K-series engines and remains in production today. The success of the engine is no secret as many look to the K20 for engine swaps. Honda’s K20 is a potent engine for its size and offers exceptional reliability. However no engine is perfect and there are no exceptions here. In this article, we will discuss K20 reliability and cover a few of the most common engine problems. 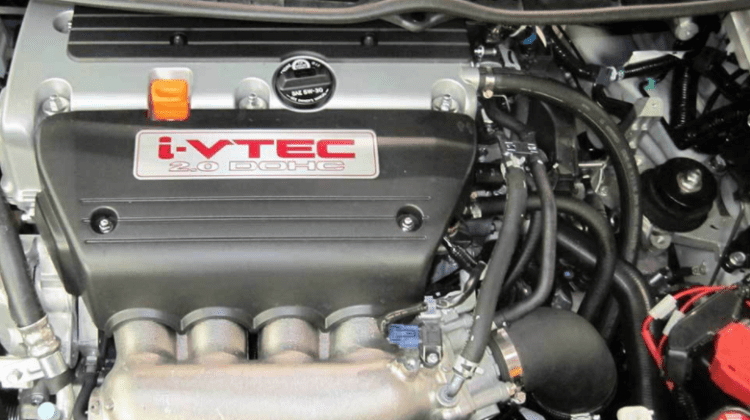 As you may notice – there are quite a few variants of the K20. These engines can be found in cars including the Honda Civic, Civic Si, Civic Type R, and Accord. They’re also in the Acura RSX, RDX, TLX, and CSX. As a vague and general note – some K20’s are higher performance variants that were built to handle the additional power. However, they’re often driven a bit harder and certain maintenance may be more expensive than on lower power models. They also may be more susceptible to problems, especially if pushed hard without proper maintenance.

A few of the most common issues on the K20 include:

We’ll write about these Honda K20 faults below in greater depth. As a note – despite our use of the word common, it’s not always fair to call these common issues. Many K20 owners may not even run into any of the issues we discuss. Additionally, the K20 is prone to other faults and failures as with any other engine in the world. The K20 is a great engine, but problems can and do happen from time to time.

Again, it’s a long running engine that is found in many different Honda and Acura models. The engine has also been through its fair share of updates to keep up with modern emissions and power standards. That said, the problems we discuss may affect certain K20’s more than others. Also, as earlier models are 12-20 years old it’s also fair to assume most problems are fair game due to age and mileage.

Below we will detail the 3 common problems we outlined above. These problems occur on many of the K20 variants, however some engines may be more or less at risk. It’s also fair to assume newer engines like the K20C family will be more reliable in the short-term. Older K20A engines are likely to be a bit less reliable solely due to wear and tear with age. However, if you’re in the market for an older K20 check the maintenance records. It’s possible some or all of these items were already repaired.

A front crankshaft seal is also often referred to as the front main seal. K20 front main seals are responsible for sealing the end of the crankshaft with the timing chain cover. There’s also a rear main seal that seals the crank on the rear side of the motor. Together they are known as main seals. The rear main seal may also develop leaks, however the K20 is mostly prone to front crank seal leaks. The main seals are pretty basic components. They’re literally just seals designed to close off openings at the end of the crankshaft to prevent oil from leaking out.

Over time, K20 front main seals go bad and begin leaking oil from the timing chain cover area. It’s typically not something that instantly turns into a drastic leak. Rather, the rubber seal develops small cracks that allow minor drips of oil to leak. Left alone the leak gradually gets worse. K20 main seal oil leaks typically pop up north of 120,000 miles. Some last the life of the engine while others may be less lucky and experience K20 seal leaks earlier than 100,000 miles. Age and poor oil change history may cause problems to pop up sooner.

Visible leaks are the most obvious symptom and typically the only noticeable one. Again, the K20 front main seal lies behind the timing cover so look for signs of leaks in that area. If the leak is bad enough you may notice you’re topping off on oil more often than normal. Though, you’ll likely notice drops of oil on the ground before it gets that bad.

Smoking and burning oil smells are very uncommon symptoms of Honda K20 main seal leaks. The oil will likely drip down before it could come into contact with any hot components that would cause smoke or burning oil smells. Nonetheless, it’s possible if the leak is bad enough.

As many likely know, Honda’s are usually pretty inexpensive and simple to repair. This holds true for the K20 front main seal. Labor and seal costs vary depending on your exact year, model, and engine variant. Front main seals should only cost about $10-40. This is great news for the DIY crowd as it’s a very inexpensive repair. Anyone familiar with the basics should be capable of knocking out front main seal replacement on the K20. It may take a few hours for the less experienced, but it’s a straight-forward job.

For the non-DIY crowd, the damage to your wallet still isn’t too bad. Of course, labor costs vary across the world and some of it depends on your year and model Honda or Acura. That said, $200-400 is a reasonable estimate for front main seal replacement at a repair shop. 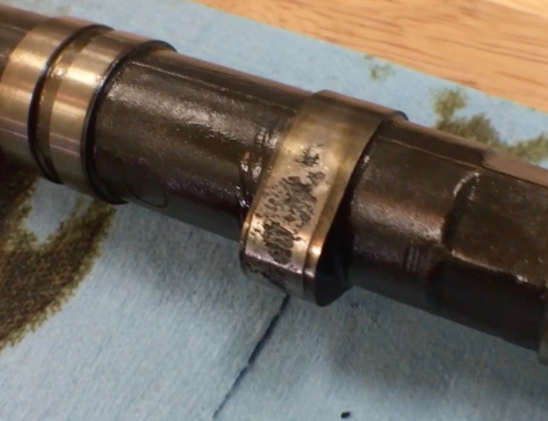 Camshafts, also known as cams, sit in the cylinder head and are tasked with opening and closing the K20 intake and exhaust valves. The cam lobes are responsible for controlling intake and exhaust valve lift. It’s hard to depict with words, so we’ve included an image; you can see the physical damage on the K20 cam lobe above. This damage is referred to as cam lobe galling which is fairly common and well documented on the Honda K20. Galling is due to excessive friction on the camshaft lobes. It can cause things like material to weld or connect to the contact point where the friction occurs. It’s also possible that the lobes crack or roughen.

This issue is limited to specific K20 variants, however the problem seems most common on the earlier K20A engines. It’s also important to note – oil that’s too thin or poor oil change history may play a role in K20 cam lobe galling. Most likely won’t run into cam lobe failures. However, it can happen. It’s also worth a mention since it’s one of the more expensive issues that may pop up. Cam lobe galling typically occurs after 100,000 miles.

Look out for the following symptoms that may indicate galling on the K20 cam lobes:

This may be a more common issue than we even know about. The symptoms are pretty minor, so it’s possible K20’s are driving around without even knowing they have an issue. Loss of power usually occurs gradually as this isn’t a problem that pops out of nowhere. Rather, power is loss occurs over time as the excess friction continues to wear down the K20’s lobes. The most noticeable symptom is likely a clicking/tapping noise from the valve cover area. You can actually hear the noises from the friction if it’s bad enough.

If you end up at a repair shop with these issues expect to pay somewhere around $800-1300. It’s on the pricey side, but fortunately that’s about as bad as it gets for the K20. We come from the BMW world where basically any problem costs that much to fix.

We’ll keep this section a bit shorter. First, there are a few basic maintenance items that can cause K20 engine vibration and rough running. Consider the basics first like spark plugs, ignition coils, dirty throttle body, etc. If none of the basics are responsible for the vibrations then motor mounts should be one of the top items on the check list. This likely isn’t fair to consider as a problem. Engine mounts are responsible for carrying the weight of the engine and partially absorbing bumps, corners, etc.

K20 engine mounts are more of a standard maintenance item. They’re parts that wear down over time. However, engine mounts are common culprits of engine vibrations that may be over-looked. The fact we’re mentioning engine mounts is also a testament to how reliable the K20 is. We’ll skip doing a symptoms section since it’s really just the vibrations.

The K20 mounts are pretty inexpensive and can usually be found under $100 for both. You’ll need the right tools for the job, but it’s a pretty basic DIY otherwise. At repair shops expect to pay somewhere in the ballpark of $200-400 for replacement. Not too bad for a maintenance item that shouldn’t need to be tackled until 120,000+ miles.

We’ve mentioned this throughout the post. Nonetheless, we want to reiterate that the K20 is a highly reliable engine. It shouldn’t have any major issues on the road to 200,000+ miles. Some K20 owners won’t experience any of the issues we referenced in this post. At the same time – it’s rare for an engine to eclipse 200,000 miles without at least a few issues along the road. Expect the same concept to apply regarding K20 reliability. Failures can and likely will occur at some point.

Part of K20 reliability boils down to how well it’s maintained. Proper oil weights and timely oil changes are arguably the most important part of basic maintenance. Some reliability simply comes down to the luck of the draw. Regardless, maintain your K20 engine well and chances are it will live a relatively trouble free 200,000+ mile life.

The Honda K20 is a long-running engine that’s stuck around for good reason. While it’s been through a fair share of updates the engine remains quality and reliable throughout. Some models and engine variants may be more or less prone to the issues we mention in this post. Long story short: is the Honda K20 reliable? Yes.

However, all engines are prone to occasional faults and this applies to the K20, too. Three of the more common issues include front main seal oil leaks, cam lobe galling, and worn engine mounts. There are a plethora of other one-off issues that may pop up on the K20. This is especially true on early K20 variants as age and mileage takes a toll on any engine. Regardless, expect the K20 to live a long life with above average reliability.

What’s your experience with the Honda K20 Engine? Leave a comment and let us know

Or check out our Honda K24 Common Problems Guide