The Subaru EZ30 is a six-cylinder engine first introduced to the American market in 2001. The EZ30 is most commonly known for its use in Subaru Legacy and Outback models. The engine’s design was dynamic enough that Subaru experimented with a turbocharged version for a concept car shown at the Geneva Motor Show in 2003.  Subaru discontinued the EZ30 in favor of the EZ36 engine in 2009. A few minor problems were commonly associated with the EZ30 design.  In this article, we will examine some of those different problems that were most consistently experienced with the EZ30 phase 1 and 2 engines.

The Subaru EZ30 is not associated with extreme power. The two variations of this engine produce 217-240 horsepower and 213-219 lb-ft of torque. The market first saw the engine introduced for the 2001 Subaru Outback H6-3.0. With decent power, Subaru intended to create an engine system that was dependable and affordable. Yet, both phases of the engine were prone to oil leaks and a few other consistent problems leading to Subaru discontinuing the EZ30 and EZ36 in 2019 as well. Subaru dropped the EZ36 in favor of their new turbocharged 4 cylinder engine line. Feel free to check out our previous article on the EZ36’s most common engine problems. Now let’s examine some of the models that used the Subaru EZ30 engine, as well as their most common issues. 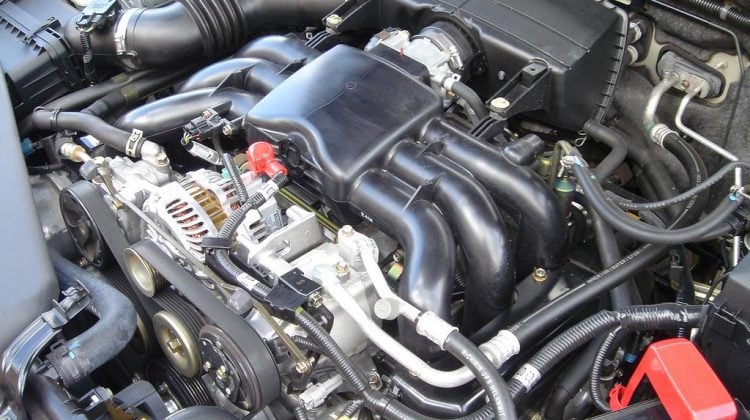 What Cars Use the Subaru EZ30 Engine?

The EZ30 phase one and two are found in the following Subaru models available in America:

Some of the most common problems for the Subaru EZ30 engine include:

Throughout this article, we will discuss each main problem, the severity, and some of the repairs needed to fix the issue. Not every Subaru EZ30 driver will experience these problems. However, we have found these to be some of the most common issues that can occur for EZ30 (and some EZ36) drivers.

It’s a simple fact that many different engines experience many different problems. Some issues or failures are bound to happen to any engine that goes through time or high mileage. However, the Subaru EZ30 engine is still seen quite often, especially in older Outback models. The Subaru Outback (and Baja) both have somewhat of an underground following for their quirky design and attributes. Subaru owners in general praise their reliability and others commonly run into the problems we outline below.  With that said, let’s further examine the issues mentioned above for the Subaru EZ30 engine.

Subaru EZ30 oil leaks are likely the single most common problem. All internal combustion engines use many gaskets, seals, and o-rings. With age and mileage, these parts tend to wear down and begin leaking oil.

This is especially true for the EZ30 engine as it’s getting old, and many are high mileage. Anyway, below we dive into a few of the most common areas for these oil leaks.

The Subaru EZ30D engine is prone to oil leaks for multiple reasons. There are actually two separate oil pans within this engine system. The upper and lower oil pans that were designed into the engine system simply create twice the chance of an oil leak. Therefore, a failed sealant has twice the chance of occurring. Dual oil pans can often be a design flaw for that exact reason. The EZ36 also has two oil pans and problems with oil leaks.

PCV valve failure is also a common reason for oil leaks and further issues to occur. The PCV valve (Positive Crankcase Ventilation) helps the engine control its emissions. The valve itself routes gases made from the engine’s crankcase back to the combustion chambers. This allows for the gases made by the crankcase to burn off without creating damage to your vehicle. This process also in turn helps the environment, simply due to less harmful gas emissions.

When a PCV valve stops working more and more engine sludge will develop over time. A failed PCV valve can result in various seals breaking and then creating nagging oil leaks for repair. If you want to take care of your EZ30 engine and protect the environment, don’t neglect to replace or maintain the PCV valve.

The oil cooler in the EZ30 engine contains an O-Ring-shaped seal that is prone to failing and creating oil leaks as well. This seal sits between the oil cooler and the engine block. This can be diagnosed by seeing a large buildup of oil underneath the car and specifically on the oil filter, oil cooler, or coolant lines themselves. Therefore, if you notice oil leaks around these areas then they are likely a symptom of a failed o-ring seal on your oil cooler.

In conclusion, make sure both separate oil pans have not lost their seal. Do not fail to maintain or replace a broken PCV valve, both protecting your engine and the environment. Finally, if you see substantial oil buildup on the bottom of the undercarriage and around the oil cooler then check the o-ring seal on the oil cooler. These three areas are some of the most common culprits for the EZ30 engine’s oil leaks.

Subaru EZ30 phase 1 and 2 engines utilize a serpentine belt which means that one belt controls all of your accessory drives and with one auto-tensioner that maintains the belt’s tension. The bearings within the auto-tensioner can wear down over time needing replacement. This auto-tensioner is a spring-based system that controls the pressure on your serpentine belt. Luckily, the EZ30’s auto-tensioner has a notch system that can indicate to a driver when their belt is stretched to a point of needing complete replacement. As the spring wears and bearings weaken over time, the complete assembly can cause loud knocking noises and damage to the engine.

The EZ36 also uses a singular serpentine auto-adjusted belt. However, the EJ series engines from Subaru normally have 2 manual belts as opposed to the EZ30 and E36 having one. A broken belt can result in an immediate loss of power steering as well as a failure of the engine’s cooling system. A newly replaced belt can range from $25-$75 along with labor costs ranging from $75-$200 depending on the shop. Fortunately, this problem is easier and more affordable to fix than most of the others mentioned in this article.

A broken air conditioning unit can cause more problems for you and your car than just a hot summer. The Subaru EZ30’s a.c compressor has been commonly seen as faulty for drivers. This issue particularly is most commonly associated with the EZ30D phase 1 engines. Yet, the same issue can be a common annoyance for many engines aside from the initial 6 cylinder Subaru engine.

Another potential problem area is the revolution sensor located on the back of the air compressor. This sensor monitors the rpm of the a.c. compressor. With the singular serpentine belt, it’s important to monitor the rpm of the compressor. The sensor recognizes whether the rpm in the compressor doesn’t match the intended speed. If the speed is not equal, then the sensor will dis-engage the clutch mentioned above causing a.c failure. A newly replaced a.c compressor in total can run over $1000 depending on where the parts are sourced and total labor costs.

Are the EZ30 phase 1 and 2 engines reliable then? Subaru owners generally associate this engine with longevity and reliability. A good milestone for the EZ30 engine’s lifespan would be upward of 180,000 miles. That’s an impressive amount of miles for any car regardless of the affordability. We would place the EZ30 mk1 and EZ30mk2 in the above-average range in regards to engine reliability and durability.

With regular maintenance and using high-quality oil, the Subaru EZ30 can be a dependable everyday driver. However, that could be said about many cars with much more horsepower than the EZ30 and EZ36 engines. It’s also important to mention that the Subaru EZ30’s do have considerably high fuel consumption as well (this is compared to similarly-sized cars of the same era.)

Other issues that may be worth noting, are potential timing cover and valve cover leaks. We slightly discussed this when specifically examining problems with the PCV valve. However, leaks and broken sealants seem to be a common theme for problems found in both the EZ30 and EZ36 engines. Reliability can depend on many different variables for the Subaru EZ30. We have found that when maintained properly these engines are likely to be overall dependable and reliable everyday drivers.

The EZ30 engines don’t have any huge flaws in terms of design. Yet, as with any engine, reliability and longevity are dependent on proper maintenance. Minor flaws can add up to a costly repair bill, if not total engine failure. For example, the high costs associated with our discussed problematic a.c compressor. Even the less expensive problems discussed above can result in extreme engine damage.

As we discussed above, there are many reasons for potential issues with oil leaks in the EZ30 engine system. Two oil pans simply double the chance for an oil leak alone. Leaking o-rings on the oil cooler can also be an issue causing buildup on the undercarriage of the car and the coolers lines. Don’t forget to check if your PCV valve is open and functioning properly, allowing for proper emissions.

There are consistent reports of chain tension issues for many drivers, especially in the earlier era phase 1 engine. If there are issues with the chain tensioner then the entire assembly will likely need to be replaced. This is one of many reasons why your Subaru engine might be overheating. Another common EZ30 problem is the AC compressor. A broken a.c compressor can cause a multitude of issues for your engine aside from failing to produce cold air.

These are affordable dependable engines with minor design flaws that should likely exceed 150,000-180,000 miles. What’s your experience with the Subaru EZ30 engine? Leave a comment and let us know!