Diagnostic trouble codes, DTCs for short, can be important tools for drivers. They let you know if there is a malfunction with your car, and can stop you from potentially damaging anything. Modern cars are run almost completely through the use of computers known as Engine Control Units (ECUs), Powertrain Control Modules (PCMs), and various others. If these computers detect a problem, a DTC is initiated and usually a check engine light (CEL) comes on. One of the most common DTCs is the P0456 Dodge code.

The code is often seen as the P0456 Dodge Code because it is especially common on Dodge vehicles, and it relates to the Evaporative Emissions System (EVAP) system. This article will cover everything you need to know about the P0456 Dodge Code. We’ll explain what it means, the parts of your car it affects, related diagnostic codes, and most importantly, how to fix your car if this DTC rears its head. Let’s get started. 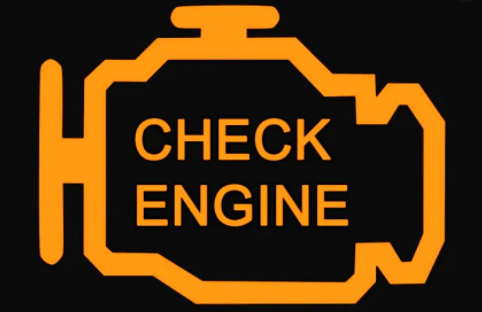 After the charcoal canister is full of gas vapors, the vapors are sent through EVAP lines from the charcoal canister on the fuel tank to the intake manifold. The vapors are then released back into the manifold through a purge valve, so they can be burned inside the engine instead of being released to the atmosphere. While this isn’t ideal for performance, it massively reduces bad emissions outputs.

This particular code indicates that the leak is small rather than big, so it’s not a huge immediate concern.

Here is a list of all DTCs related to the Dodge P0456 Code:

As you can see, the P0442 and P0455 are almost identical to the P0456 Dodge code. The P0442 usually means there is a vapor leak, and the P0455 indicates that there is a large leak. The P0457 indicates that the leak is most likely coming from the gas cap not being secured. It is possible to get multiple DTC for the EVAP system at the same time, sometimes due to the same issue.

It is similar to the P0441 Toyota Engine Fault Code we covered previously.

The most common symptoms of the P0456 Dodge code are:

For the most part, you won’t see any drivability changes if there is a problem with your EVAP system. Most people do not even realize there is an issue present until the check engine light comes on and the DTC is checked.

You might notice a small scent of fuel due to it potentially leaking from the charcoal canister, or you might smell the rotten odor of unfiltered emissions escaping the fuel system, too. Besides that and the DTC, there is really no way to tell if you have an EVAP leak.

Severity Level: Low to intermediate – Get fixed soon but you can continue driving until then

The only system that the P0456 deals with is the EVAP, which in and of itself does not affect drivability. The only thing that will suffer from an P0456 code is there will possibly be increased emissions output from your vehicle. It will not hurt drivability and will not hurt your engine if you drive with it malfunctioning. Also, this code is for a small leak in the EVAP system, which obviously is less severe than a DTC for a big leak.

However, while your car will drive okay, you may see an increase in fuel consumption, as some of it may be leaking. In addition, the emissions being released contribute to climate change, increasing the likelihood of extreme weather events and thus reducing the amount of days your car can rip up the blacktop.

While you don’t have to pull over right away if you get the P0456 code, you should get it taken care of in a timely fashion. It’s also important to keep in mind your vehicle will not pass emissions testing with an EVAP DTC. If you need to register your car with an emissions test, you will need to clear and fix your EVAP DTCs if they are present.

As we mentioned earlier, the ECU periodically runs checks on the EVAP system to make sure that everything is functioning properly and there are no leaks. Usually, it does this when the car is shut off and the fuel level in the tank is between 15–85%. If the EVAP system fails a series of leak tests, then the P0456 Dodge code is one of the most common that shows up.

By far, the most common cause of an EVAP failure and P0456 code is a loose or damaged gas cap. If the seal between the gas cap and the car becomes compromised, the EVAP test will fail and the DTC will show up. Another very common cause is a problem with the purge control valve or the vent control valve not sealing.

Other less common causes are damage to the fuel tank and in-pump fuel pump, as well as a defective leak detection pump, defective fuel tank pressure sensor, or defective/old charcoal canister. The P0456 Dodge code will also appear if you have cracked, damaged, or loose EVAP hoses. These are connected directly to the intake manifold, and can at times become damaged due to heat, mileage, the elements, or critters.

How to diagnose and fix the P0456 Code

We rate diagnosing and fixing the P0456 DTC in the intermediate difficulty range. You do not need to be a trained mechanic to do it, but you also probably want at least a little experience working on cars. For most people, this is something you will want to have a trained professional look at. However, if you think you are capable, read below for a step-by-step guide to diagnosing and repairing.

The first step is to make sure that you are chasing the P0456 DTC and not another EVAP DTC. Make sure you always confirm the specific P0456 DTC through the use of an OBD-II scanning device. You don’t want to waste time and money fixing the wrong problem.

After confirming the correct DTC, you will want to figure out what is causing the leak and where it is. The most common cause is a loose or damaged gas cap.

Next, check for any obviously damaged, loose, or cracked EVAP hoses coming to and from the intake manifold. If you notice any damage, replace or tighten the hose and clear the DTC. If it comes back the issue is elsewhere.

Running a smoke test for the P0456

After you have determined where the leak is, replace that part and clear the DTC code. You may have to replace multiple parts to completely get rid of the leak or leaks. Keep in mind, the P0456 means a small leak, so it might take some decent inspection to actually find it. This is why a smoke test is best, because you can quickly test the entire system and use the smoke as a visual aid for the leak.

Congratulations, after finding the source of the leak and fixing it, your P0456 code should be clear and not return.

The P0456 Dodge code is relatively inexpensive to fix. Quality handheld scanners for the OBD-II system go for anywhere from $100–$500, and are a necessary investment for any car owner. After you buy it once you are set for multiple vehicles and they should cover any DTC you will run into, though some DTC are proprietary per manufacturer. There are also many OBD-II scanners that can reset DTC in addition to reading them.

If you can do the repair yourself, it should be less than $100. However, if you need to take it to a professional, costs will spike due to labor. Most shops will charge 1–2 hours of labor for a P0456 diagnosis and fix, and most shop’s rates are upwards of $100–$130/hr, depending on where you live.

The P0456 code stands for “Evaporative Emission Control System (EVAP) Small Leak Detected.” It means that your ECU has detected a small leak somewhere in your EVAP system. Your ECU runs tests when the engine is off to determine that the EVAP system is functioning properly and not leaking. If the EVAP system fails a series of leak tests a number of DTC can appear, with the P0456 being the most common. It is often referred to as the P0456 Dodge code because it frequently affects Dodge vehicles.

What is the most common cause of the P0456 DTC?

If you are fixing the problem yourself, you should be able to repair everything for less than $100. If you need to bring it to a shop, expect it to be closer to $150–$300 to fix, with parts and labor. This is an intermediate difficulty repair job, and should not be attempted by completely inexperienced car owners.

Can I still drive with the P0456 DTC present?

Yes, you can still drive with the P0456 DTC present. It only indicates a small leak, and you will not damage your engine or car by driving with it present. However, you may see increased fuel consumption and may possibly be able to smell fuel or rotten emissions odors due to the leak. In addition, the increase in emissions contributes to climate change, which is bad for the environment.