Since the mid-2000s, the Nissan Versa has made a name for itself as an affordable and efficient option on the automotive market. Not necessarily known for its power or performance; however, the Versa is respected for its utility and versatility. The first generation of Versa’s was introduced to the American market in 2006. The Nissan Versa and its affordability have stood the test of time as it is still in production in 2022. Nissan has manufactured three total generations of the Versa model, including a hatchback option. Throughout this guide, we will examine the specs, reliability, and most commonly reported problems for the Versa models.

The engine itself may be considered uninspiring, yet the Versa has been a dependable everyday driver for many people. However, no engine is perfect, and the Versa does have its various flaws. Some drivers report that the Versa will reach up to the 100,000-150,000 mile mark without suffering severe damage. Others report many issues before those milestones. Many various problems have been associated with the different Versa models since their introduction to the market. Further, throughout this article, we will examine some of the issues related to the Versa’s design and why we can’t rate this engine highly in terms of longevity and durability.

Again, the Nissan Versa prioritizes affordability and efficiency first. For those reasons, many drivers find themselves intrigued by the Versa; it doesn’t hurt the wallet in terms of gas mileage or replacement parts. Yet, that doesn’t mean the engine is bulletproof by any means. The Versa, like most engines, will require diligent maintenance and care in the hopes of reaching those higher milestones we mentioned above. 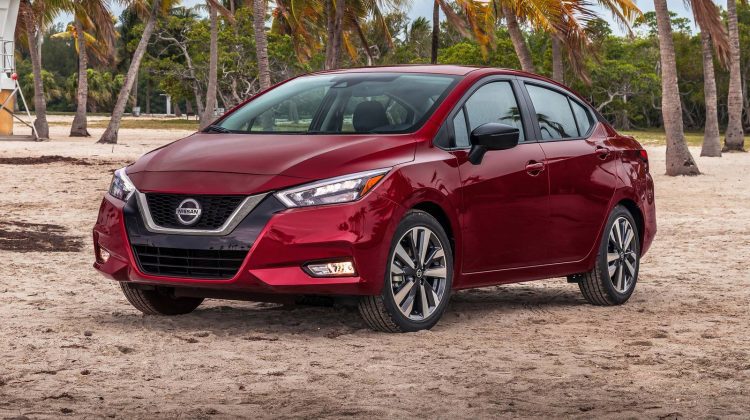 It’s pretty evident that the Nissan Versa’s strong point is not power, with only 122 hp. and 114 lb-ft of torque. Yet, what the Versa lacks in overall power is hopes to make up for with efficiency. Miles per gallon for the Versa are listed as up to 32 city and 40 highway. Small and practical are adjectives best used to describe these 1.6L four-cylinder engines. Plenty of Versas are seen on the road for a good reason, they’re affordable and economical for drivers seeking a somewhat dependable everyday engine.

However, with great affordability, there are certain compromises. The Nissan Versa engine has various design flaws that can greatly impact its reliability. Yet, like most engines, many of these problems can be deterred with proper maintenance and upkeep. Regardless, there are certain common problems associated with the transmission, steering, and other various components of the Nissan Versa engine .

Let’s jump into some of those common problems for the Versa engine below, and examine some of their root causes and symptoms.

Unfortunately, regardless of the Nissan Versa’s aim to be the most affordable option on the automotive market, it has varying flaws throughout many of its production years that can lead to quite pricey repairs. For example, automatic transmissions are prone to failure and lack sustainability over time. Class action settlements were completed in 2019 for the 2012-2017 Versa CVT models due to said transmission problems. Since many of these problems are associated with earlier production years, we will specify which models are most likely to experience the listed issue.

First, let’s examine some of those common transmission problems, including their causes and symptoms.

Transmission problems are unfortunately quite commonly reported in automatic models of the Nissan Versa. Specifically, the first and second generation of Nissan Versa engines is prone to transmission failure before the 80,000-mile mark. This is a severe, costly issue that can range upwards of $3500 to repair depending on varying labor costs and source costs of a new transmission.

Furthermore, varying issues with the transmission can occur in every application of the versa engine. Problems such as transmission jerking and jumping, clunky and difficult shifting, whining noises, and tachometer problems are commonly reported by drivers before reaching 100,000 miles. Also, many drivers report that these transmission issues are only fixed by a complete replacement or rebuild. There is not much financial logic behind the idea of replacing the transmission in a car that prides itself on its affordable price. If a repair costs 15-20% of the original sticker price, many drivers may seek a new vehicle altogether.

Below we will list some of the most common symptoms associated with transmission problems and overall failure for the Nissan Versa.

Suspension components are another source of problems far too commonly reported for many Nissan Versa drivers. Specifically due to the wear on coil springs over time. This issue is most commonly associated with the second generation Nissan Versa; however, coil spring issues can also be found throughout current models.

This issue was severe enough for Nissan to issue a recall on coil springs in November of 2017. Since this recall, Nissan has replaced faulty coil springs and redesigned many suspension components to deter further problems. However, flawed coil springs will create further issues throughout the Nissan Versa’s suspension if not replaced or repaired promptly. Damaged coil springs can produce broken struts and blown tires, creating hazardous issues on the road. Also, broken coil springs can cause further engine damage or even aesthetic body damage when not quickly and adequately.

Another costly issue, it’s crucial to respond to some of the listed faulty coil spring symptoms below before they create more severe problems.

Yet another issue with driving performance, the Nissan Versa is known to have various problems with steering and alignment components. Some drivers even reported extreme alignment issues causing their Versa’s to swerve into other lanes at dangerous speeds sporadically. These alignment issues are most commonly connected specifically to the 2016 Versa models. As a result, Nissan dealerships had an influx of repair demands for steering problems in 2016. Unfortunately, many dealerships even acknowledge that these issues persisted after repairs. Since these problems were so rampant in 2016 Nissan Versas, many dealerships have had to issue statements admitting that the Versas from that year are generally out of alignment.

Since this issue is a symptom itself, it is hard to identify in a safe manner. In other words, many drivers couldn’t tell they had steering or alignment issues until experiencing swaying or lack of control while driving. Unfortunately, this is not the only issue that made our list of Nissan Versa problems that can drastically impact driver safety. Therefore, before we conclude our shortlist of Versa problems, we want to remind drivers to acknowledge alignment issues immediately. Due to the hazard created by improper steering, it is imperative to fix steering and alignment as soon as possible.

Another problematic area for the Nissan Versa is its history with Tanaka airbags. Just another component that caused great concern for the Versa, Nissan recalled airbags in the first generation 2007-2012 models. Reports of airbags not triggering during collisions were far too common, creating concern for many drivers. Unfortunately, this issue does not have blatant symptoms for drivers to identify before creating serious harm. This is one of those problems that drivers either experienced the hard way or learned about due to Nissan’s recall. One of the bare minimum expectations for buyers in the automotive market is safety. Regardless of the Versa’s affordability, one compromise many consumers refuse to make is on the reliability of their airbags and overall safety.

If you are currently driving a Nissan Versa with Tanaka brand airbags, please make sure they are compliant and working!

Finally, we’ve reached our overall conclusion of the Nissan Versa’s reliability and durability. Unfortunately, there are too many issues surrounding Versa’s history to rate this model and its engine highly. In fact, some of our listed issues blatantly disregard driver safety. Regardless of affordability, no driver should ever compromise their overall safety. Airbag recalls and steering issues are the tip of the iceberg for problems associated with the Nissan Versa. The second-generation Versa’s faced severe steering and alignment issues even after dealership repairs. Aside from engine longevity, too many faulty components contribute to many drivers reporting costly repairs before the 100,000-mile mark. With that said, we would have to rate the Nissan Versa’s overall reliability as below average.

Nissan aimed to correct many of the listed problems throughout its second and third generation of Versas. However, the second-generation Versa is renowned for being less durable than the first. Transmission and suspension problems do seem to be reported less in Versa’s produced after 2019. Yet the first two generations of Versas and third-generation Versas with high mileage have higher problems reported than most similarly sized engine models. Economical pricing and a spacious interior for its size are solid points for the Nissan Versa. Unfortunately, the Versa has an overall negative history associated with reliability and longevity outside of those two aspects.

Does the affordability of the Versa make up for its various issues and lack of overall durability? Let us know in the comments below your experiences or expectations of the Nissan Versa and the three different generations that have been offered to the American automotive market.