The Honda D15B has had a total of eight different variations throughout its production lifespan. With so many various applications, the D15B series of engines can be called versatile, to say the least. The D15B engines are part of Honda’s inline four-cylinder series, spanning from the D12 engines to today’s D17 adaptation. However, throughout this article, we will specifically examine and discuss the D15B engines and their common problems, reliability, and performance potential.

The Honda D15B engine is most commonly associated with Civics produced from 1989 until 1995. However, there are also plenty of other applications to slightly lesser-known models, primarily within automotive markets outside of the U.S., such as Japan, Europe, and Australia. These D15Bs may be considered out of date, yet many older Honda engines to this day are still favored by driving enthusiasts throughout the world.

Easily applied modifications, accessible parts, simple repairs, and above-average reliability make the Honda D15B engines fun projects for those wanting to boost their power and performance or for drivers who need an engine swap due to their previous engines failure. Older Civics with catastrophic engine failure commonly utilize the D15B for an engine rebuild or complete swap. The D15B V-TECs are renowned for their lightweight and exceptional durability. However, like most engines, the Honda D15B is imperfect. Let’s dive into some of the specs and applications of the Honda D15B engine, as well as some of its most common problems and overall reliability. 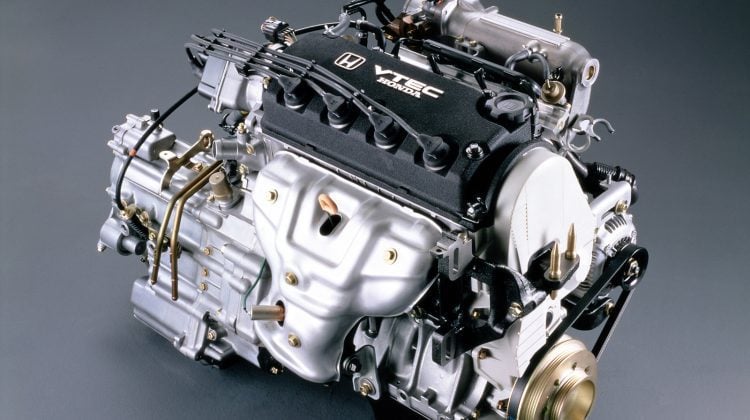 Specs for the Honda D15B engine are as follows:

Utilization of an aluminum block and head help lower overall weight for the Honda D15B, with the engine listed as 254 pounds. The SOHC VTEC valvetrain also helps maintain efficiency while boosting power for this lightweight four-cylinder. Horsepower and torque may not be awe-inspiring on paper; however, the Honda D15B is exceptionally efficient and durable for its size.

It’s important to note that eight total variations of the DB15 engine have been applied to over 30 different Honda models. Most of these applications consist of Civic variations found in the Japanese, U.K., Australian, and other various automotive markets. However, there are some other different applications that we mention below. The following section is a complete list of the many models that use the Honda DB15 engine.

What Cars Use the D15B Engine?

The Honda D15B engine, and its variants, can be found within the following models:

It’s hard to find a Honda D15B engine with low mileage these days. This is not only due to their age but also because these engines have impressive reliability and longevity. Of course, every engine is subjective and has its issues. Some of these issues can be deterred with proper maintenance and repairs. However, it’s quite common for the D15Bs to have up to 150,000 miles without the need for a serious or pricey repair. We like the reliability of this engine, yet it’s important to note that no engine is perfect. Various issues, including broken crankshaft pulleys, float engine revolutions (valve float), cracks in the exhaust manifold creating a diesel-like sound, and minor oil leaks, are the most commonly reported problems for the Honda D15s.

Regardless of the issues listed, we recognize that this engine has excellent value in terms of reliability and longevity. Considering the fact that these engines can commonly last up to 150,000 miles with proper maintenance, we rate the Honda D15B’s overall reliability as above average. Of course, not every D15 is perfect, yet these older Honda engines do seem to progress through wear and tear admirably. With that said, let’s examine some of the more common problems we listed in further detail below.

Again, not every D15B engine will experience these specific problems, especially those that have been properly maintained. However, broken crankshaft pulleys and valve float seem to be common enough for us to dissect those problems further below. Cracks in the exhaust manifold can also happen over time, requiring a potentially pricey repair. These problems are much more prevalent in Honda D15B engines that have been customized without proper supportive mods and those that have been driven aggressively. Regardless, this does not sway our above-average verdict for the Honda D15B engine’s reliability. This engine has stood the test of time and still has better longevity than many modern engines on the market today.

A crankshaft pulley’s primary purpose is to power the drive belts that control the engine accessories. These accessories (or auxiliary elements of the engine) include the water pump, alternator, a.c. compressor, and assisted steering pump. Minor symptoms of a broken crankshaft pulley can range from rough idle and sporadic engine vibrations. The crankshaft pulley is attached to the harmonic balancer assembly. A common misconception is that these two names are synonyms, yet they are two completely different components that work together.

More severe problems such as a failed transmission may occur if the crankshaft pulleys are not properly repaired. Other potentially expensive repairs can include a damaged alternator and a broken power steering pump. Many mechanics suggest a complete engine swap or substantial rebuild if a broken camshaft pulley is broken beyond repair. If your D15B is experiencing rough idling and hesitation during acceleration then it is essential to check the status of your crankshaft pulleys before catastrophic engine damage occurs.

Valve float is the product of losing proper valve spring pressure. When engine valves don’t close at the proper times, they can allow raw fuel and improper airflow into the exhaust or potentially backward into the intake system. Issues with valve float specifically can result in power falling off at higher rpm. Severe valve float can result in substantial loss of top-end power and sputtering sounds at higher rpm as well. This problem can result in damage to the D15B’s camshafts, pistons, and valvetrain system. Therefore, it’s essential to repair any valvetrain problems promptly before they develop into much more expensive repairs or even a complete engine swap.

Cracks in the exhaust manifold may occur over time due to exposure to different extreme temperatures. Constant temperature changes can cause enough expansion and contraction of the manifold. This expansion and contraction can cause the development of said cracks. These cracks will continue to grow, allowing more and more air into the manifold themselves. If left unrepaired, these exhaust manifold cracks can cause severe engine damage such as overheated and cracked heads or even blown head gaskets.

There are various symptoms of cracked manifolds for the Honda D15B. Obviously, visible cracks on the manifolds are a dead giveaway. However, you may even hear the manifolds emit a strange sound. That sound can be the exhaust gases leaking from the gasket and cracks. Other symptoms of exhaust manifold cracks can include strange exhaust odor and a slight decrease in performance. Always make sure to repair any noticed exhaust manifold cracks in a timely manner before they develop into much more serious and costly engine repairs.

The D15 engines are generally known to respond well to proper modifications. However, due to this engine series’ 30 plus different applications, it’s crucial to confirm proper fitment for any considered mods. Regardless, we will still discuss some of the most common upgrades that Honda drivers install in their D15Bs.

There are a few different introduction mods that many drivers seek out for their D15B engines due to their affordability and ease of installation. A new cold air intake is generally one of the first of those options due to the vast market available for older Honda models. Following a new intake, drivers seeking better performance sounds and increased airflow often upgrade the exhaust system. We recommend a thermal exhaust for the Honda D15B specifically because drivers report the need for an exhaust shield to protect their cars from the increased heat created from certain exhaust systems. Upgraded valve trains and valve springs have also been notably beneficial to boost the Honda D15B engines.

More expensive modifications, such as upgraded intake manifolds and new cams can boost your D15B’s power and performance while deterring oil leaks. Certain D15s report issues with their camshaft, adding to the value of the potential upgrade. However, it is extremely important to tune your engine when increasing power sufficiently. We often recommend a tune for any engine experimenting with serious horsepower and torque gains. Without the proper supportive mods and a good tune, you likely will not see sufficient power gains, especially without compromising engine durability.

Overall, we consider the Honda D15B engines excellent in value, durability, performance. Without an excess of significant repairs reported before the 150,000-mile mark, this engine shows that it can pass the test of time. Wear and tear can cause various minor issues within the D15 series altogether. However, we found most of these problems to be a product of poor maintenance, untimely repairs, and aggressive driving on custom projects without proper supportive mods. Of course, not one engine is perfect, and the D15B does have its imperfections, especially as it ages into high mileage. Regardless these engines are iconic for their use in the many older variants of Civics and other various Honda models.

The D15B’s reliability and durability make it respected to this day amongst Honda enthusiasts. Many engine swap projects still utilize the D15B due to its affordability and easy access to replacement parts. In addition, these engines are good ambassadors for the JDM market and the various other markets that produced the D15s. Most drivers will connotate the D15B specifically with older 1980-1990 Civics. Yet, with over 30 different variants and models that utilize this engine, it’s clear to see the overall versatility.

We examined and discussed three of what we consider to be the most common problems that many D15B drivers might face. First, broken crankshaft pulleys can affect your engine accessories and eventually develop into more severe engine problems. Second, valvetrain issues and exhaust manifold cracks may also occur over time due to wear and tear, and exposure to different extreme temperatures. Regardless, severe problems in the D15 engines are reported less than other similarly sized engines of that era. Proper maintenance and diligent response to repairs can assure that your D15B engine is a reliable daily driver.

This engine is iconic for Honda, and we respect the D15B series for its huge impact on the automotive market. Let us know in the comments below your experience with the Honda D15s, or your experience with any of the many variations of Honda’s older four-cylinder engines!