Ford’s 351 Cleveland engine is a small-block 5.8L V8 produced from 1969 until 1974. The engine is part of Ford’s “335” engine family, which is a group of 90 degree, overhead valve, V8 engines. Despite the 335 engine family lasting until 1982, the 351C was only produced until 1974. The 351C was built to be a high-performance engine. By 1974, emissions concerns were increasing and the era of high-performance muscle cars was coming to an end, decreasing interest in the 351C and ultimately leading to its retirement.

The 351C is referred to as the Cleveland due to its manufacturing location of Brook Park, Ohio, a suburb of Cleveland. The 351 Cleveland shares a lot of similarities with the 351 Windsor, despite belonging to different engine families. Although they shared numerous similarities such as the same 351 cubic inch displacement, bore spacing, and cylinder head bolt pattern, the 351 Cleveland also had numerous differences.

The 351C has an extra two inches on the block, making it a heavier engine. The block was completely different with the water pump housing built into the block verses it sitting at the front of the block in the 351W. Additionally it uses a dry intake manifold compared to a wet one on the Windsor, and also uses smaller spark plugs and an 8-bolt rocker cover instead of 6.

Check out our guide on the 5 most common problems with the 351 Windsor engine. 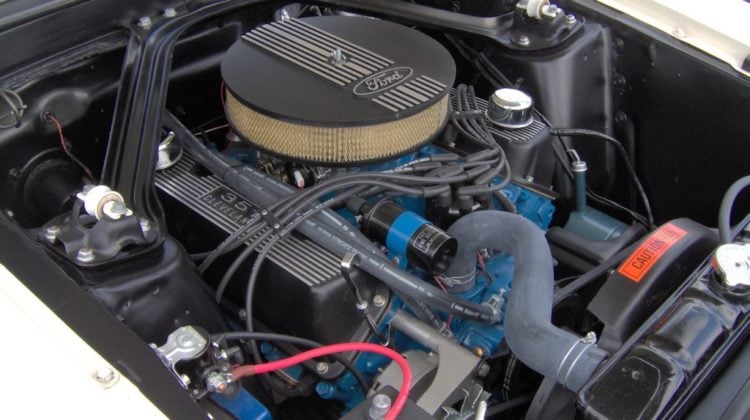 In addition to the base 351 Cleveland engine, there were numerous performance oriented engines built out of it. Most of these engine variations were used in high-performance applications, while the H-code engine was specifically built for low-performance base model cars. While they all use the 351 Cleveland engine they have different combustion chambers, compressions, tappets, and camshaft duration and lifts.

Throughout this article we examine the above 351 Cleveland engine problems in-depth. However, it’s important to add a reminder that this is a 50 year old engine. Given the age of these engines they’ll certainly need some additional TLC. Anyway, let’s jump in and discuss the 351 Cleveland issues and then finish up with thoughts on overall reliability.

One of the most material improvements of the 351C over the 351W was the cylinder heads. Two versions of the cylinder head were produced. 351C’s with two-barrel carburetors had larger ports and valves. 351C’s with the four-barrel carburetor had even larger ports and canted valves. Both versions were flowed significantly more air than the 351W heads. This is the reason many enthusiasts combine the 351W block with the 351C head for performance applications, making a 351 Clevor.

351 Cleveland cylinder head cracks most commonly occur across the exhaust seat and in the lifter valley. While cracks frequently occur on bored engines running significant amounts of power, it is also a common problem on stock engines.

Metal expands when its hot and contracts when its cool. There is a specific heat range that the heads are capable of withstanding. When the heat range is exceeded the metal forms microscopic cracks in the heads which then worsen from internal engine pressure and further heat, leading to significant performance implications.

Symptoms of 351 Cleveland cracked head problems may include:

Unfortunately the only replacement option for a cracked head is to replace the heads. Most heads nowadays are made of aluminum which has a higher heat tolerance. Owners frequently upgrade their heads to performance aluminum heads, such as the Edelbrock RPM Performance Heads.

Each valve within the cylinder head has its own valve guide. Valve guides work alongside valve springs to ensure that the valve properly contacts the valve seat. The guides are cylindrical metal pieces that are pressed into the cylinder head. The valves then move up and down within the valve guide. Outside of ensuring proper seat contact, the guides also prevent gases from getting into the crankcase and oil from getting into the combustion chamber during intake strokes.

Because the valve stem is constantly in contact with the valve guides they are prone to wearing down. Oil starvation is a common problem on 351 Clevelands which can cause the valve guides to receive inadequate amounts of oil and therefore wear down more quickly than they normally would. If the guides are excessively worn the valves can get off-track and close against the seat at a slight angle, eventually leading to cracked valves.

While worn valves guides can be machined and repaired, it requires significant skill. Machinists frequently use a process called reaming in which they increase the valve guide bore and install thicker valve guides. Reaming can be a cheaper way to replace worn out valve guides compared to buying brand new heads.

The most noticeable symptom is smoke coming out of the exhaust. This occurs most frequently when the engine is cold. Oil will leak into the combustion chamber while the engine is off and then will be burned soon after it is turned on. Once the engine warms up the majority of the smoke will stop. Excessive oil consumption coupled with the exhaust smoke is the second best tell-tale sign.

The 351 Clevor is a moniker given by enthusiasts when the block of a 351W is coupled with the heads from a 351C. Blocks from the 351W are preferred because 351C blocks are weaker and hold less power potential.

Despite having a bigger and heavier block, the 351C was cast with very thin cylinder walls. Because of the thinness of the walls, performance potential is limited. Overboring or trying to push too much power on a stock block can result in the cylinder walls cracking.

Cracked blocks is not an issue with stock 351C engines. However, with the number of people modifying these engines I wanted to point out the power limitations of the block itself.

Ford has publicly recommended a maximum overbore of 0.030″ due to the thin cylinder walls. The common consensus in the aftermarket community is sticking to a 0.040″ overbore, although we have heard of bores up to 0.060″. I want to make it clear that we do not recommend 0.060″ and would recommend staying within the generally accepted maximum of 0.040″.

If you are concerned about over-boring or block strength, you should have the cylinder sonic tested. Sonic testing measures the depth of the cylinder walls. Minimum reliable cylinder wall thickness on a 351 Cleveland is 0.12″. This level is considered reliable within the performance community while anything more thin than that is likely to break in high horsepower applications.

Once the engine warms up, the restrictor plate closes and the majority of the coolant flows into the radiator to be cooled down before being recirculated. If the restrictor bypass plate is missing then the water will continue flowing directly to the water pump instead of the radiator causing constant overheating.

A few symptoms of thermostat failures on the Ford 351 Cleveland include:

Ford’s engineers focused on cost savings with the 351C engine. One area that they determined they could cut costs was in the oiling system. While the 351W and Windsor family of engines had 3 main oil galleries, the 351C was reduced down to 2. The design of the oiling system sent oil first to the cam bearings instead of the main bearings. While this generally wouldn’t be an issue on low-performance H-code variants, the high-performance 351C variants were built for power and high RPMs. These high performance applications were where oil starvation was the greatest, resulting in poor oil flow to the mains and possible bearing failure.

To compound the problem, the lifter bores had excess clearance which would cause oil to leak from the lifter bores. This lead to further oil starvation issues as it worsened oil flow to the mains.

While oil starvation usually only happens at high RPMs in the 351C, it is a limitation worth pointing out for those looking to run high power applications. However, there are oiling system modifications that can allow the 351C to run reliably at high RPMs. For those looking to delve further into engine lubrication, here is a great article on 351C engine oiling.

Look for the following symptoms which may indicate main bearing failures:

The 351 Cleveland has two achilles heels: heat and power. While a stock 351C is a reliable engine they start to become more problematic once additional power is added. The thin cylinder walls create potential reliability issues and block cracks with overboring, and the oiling system is inadequate without modifications. Additionally, the cooling systems on these cars are not adequate for significant power and will need to be upgraded for performance applications. With all that being said, these engines can be highly reliable even in high horsepower applications with adequate supporting mods.

Bone stock the 351 Cleveland is a stout engine and likely shouldn’t have any issue with cracked heads, blocks, main bearings, internals, etc.

Overall, the 351C is a reliable engine but will take a significant amount of modifications and additional $$ to be reliable in high horsepower applications.