No matter the engine, fault codes are a normal part of car ownership. As engines and related components age, issues arise more commonly. Engine codes exist to give you a better understanding of potential issues occurring in your vehicle’s internal systems. This allows you to be able to pinpoint the problem more easily instead of through a trial and error process.

Engine fault codes are sometimes referred to as diagnostic trouble codes or abbreviated as DTCs. P0141 is a common DTC for a number of vehicles from a variety of manufacturers. The P0141 code is a generic OBDII engine code and typically means the same thing regardless of your vehicle. This guide will dive into the P1014 DTC, explain what it means for your particular vehicle, and discuss some of the most common remedies. 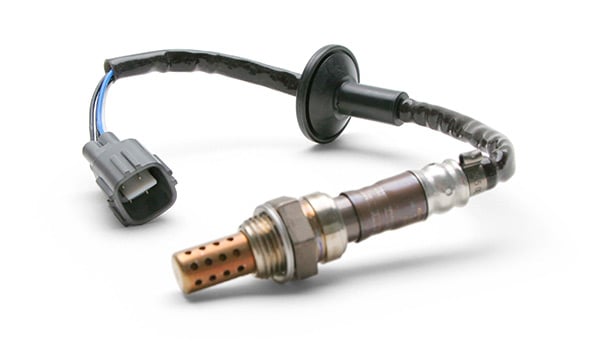 With most engine fault codes, the exact issue which triggered the code can be difficult to pinpoint. That is because a lot of the time, especially with powertrain DTCs, a variety of different failing parts can cause the same issue overall. However, the good news about the P0141 engine code is that it can really only be triggered by a single part: the vehicle’s downstream O2 sensor.

As we previously covered, P0141 is a universal OBDII code, so it means the same thing regardless of your car. The P0141 code is typically representative of an issue with an O2 sensor heating element.

O2 sensors have the job of monitoring your vehicle’s exhaust gas and reporting air/fuel information back to the engine control module. O2 sensors commonly use an integrated heating element to get them to operating temperature quickly upon starting your vehicle. A P0141 code is most often the result of a failing O2 sensor heater element. That can mean that there is a short in the circuit, there is excessive resistance in the heater circuit, or the heater element has failed over time.

While the P0141 code appears to be a collection of random letters and numbers, there is a rhyme and reason for each digit. Breaking the code down into its individual digits can help clarify the code a bit.

The ‘P’ that precedes the numbers in the code represents a powertrain fault. All codes that begin with ‘P’ signify a powertrain fault of some sort. The following ‘0’ digit means that the code is not manufacturer specific. The P0141 code can surface for any OBDII-equipped vehicle. The first ‘1’ represents that the code is related in some way to the vehicle’s fuel and air metering system.

The final two digits represent the malfunctioning part more specifically. In this case, it means that one of the vehicle’s downstream O2 sensors has an issue, specifically with the sensor furthest down the exhaust system. It also encompasses the fact that the issue is specific to Bank 1 of the engine, or the side of the engine where cylinder 1 is located.

Since the P0141 code is typically only triggered by a single component, symptoms do not vary much.  If your vehicle is displaying a P0141 DTC, here are some of the associated symptoms:

Overall, there isn’t a whole lot that would indicate that a P0141 code is present on your vehicle other than a check engine light. Since a P0141 code is specifically focused on the heating element within the O2 sensor and not the sensor itself, there likely won’t be any major drivability changes as a result.

As we have already covered, the P0141 code can be caused by a couple of different issues, all pertaining to the downstream bank 1 O2 sensor. These causes include:

The vast majority of the time, a P0141 code is triggered by a failing O2 sensor heater itself. Since O2 sensors are a maintenance item on all vehicles, it is common for them to fail at a certain mileage interval or period of time.

The second most common reason for a P0141 code is an issue with the circuitry responsible for delivering power to the O2 sensor and internal heater. Sometimes, the wires or plug connected to the O2 sensor can get damaged, often due to an electrical anomaly. Obviously, the repair process for that is more extensive than an O2 sensor replacement.

While relatively uncommon, a P0141 code can also be caused indirectly by a failing catalytic converter which can impact the air/fuel readings that a downstream O2 sensor relays to the EMU.

In terms of the overall severity of a P0141 code, it typically isn’t an immediately pressing issue. Unlike many other powertrain issues and codes, a P0141 will not affect drivability immediately. It is still possible to continue driving with a P0141 present.

With that being said, it is a good idea to get your vehicle repaired sooner than later. Generally speaking, a check engine light will cause a vehicle to fail an emissions test in most states. Since the P0141 code pertains to the exhaust system directly, that is especially the case. As a faulty O2 sensor can cause inaccurate readings to your vehicle’s EMU, other issues might arise over time. Spark plugs might collect more carbon than usual and foul quicker as a result.

If you know that your vehicle is displaying a P0141 code, chances are that you have already used an OBD scanner tool to read your vehicle’s stored codes. Beyond reading the code itself, there are a few procedures that you can follow that will narrow down the exact cause of the code.

This video by EricTheCarGuy does a great job of covering the process of diagnosing potential P0141 causes and narrowing them down to find the culprit:

One of the most important steps that Eric covers is checking the resistance of the O2 sensor heater plug terminals. As he states in the video, this is a fantastic way of determining if the code is caused by the O2 sensor itself or the circuitry surrounding it.

If the plug is displaying a relatively low resistance reading, the O2 sensor isn’t likely the issue. In that case, you can also test the harness side of the plug for voltage to determine if the plug is receiving enough power. The plug should be receiving 12V of power with the ignition on.

The P0141 code is specific to the downstream O2 sensor on bank 1 of your vehicle’s exhaust system. It is important to know the difference between bank 1 and bank 2 so that you don’t accidentally replace parts on the wrong side.

Bank 1 refers to the side of the engine where cylinder 1 is located. Unfortunately, there isn’t a consistent rule as to which side of an engine cylinder 1 resides. Bank 1 can either be on the driver or passenger side depending on your vehicle. Luckily, that information can be quickly and easily found with a quick google search or within your vehicle’s owner’s manual.

In addition to understanding the location of bank 1, it is also important to understand which O2 sensor is the one affected by the P0141 code. Most modern vehicles have at least 4 O2 sensors within their exhaust system, typically with two on each bank of the engine. Each side has an upstream and downstream O2 sensor, each with its own job.

As we have covered already, the P0141 code has a few potential causes. For that reason, the fix for the code can vary a bit. If the code is caused by a faulty O2 sensor heater, the solution is to replace the bank 1 downstream O2 sensor. This is likely the best case scenario, as O2 sensor replacements are generally pretty inexpensive and can even be done yourself if you have some automotive repair knowledge.

If the P0141 code is not caused by a faulty O2 sensor heater, a repair to your vehicle’s electrical system could potentially be a more difficult and more costly fix. If the O2 sensor plug is the issue, chances are that the repair would be relatively quick and easy. However, if there is a more involved reason that the plug isn’t receiving the necessary power required to power the O2 heater, it could be a more difficult repair.

The repair cost for a P0141 code is once again dependent on the issue that triggered it. Listed below are some of the associated costs with the most likely causes of a P0141 code:

All of the costs listed above are also dependent on what tools, resources, and help you have at your disposal. The cost of these repairs can also vary a significant amount based upon the type of vehicle that you own as well. Once again, a P0141 fix can be a relatively easy and inexpensive job if you can do it on your own. However, if you aren’t mechanically savvy or don’t believe that you’ll be able to perform the repair properly, it is worth spending the extra money to have it professionally sorted.

This is typically not an expensive issue to fix even if you take your vehicle to a certified repair center. Unless there is a serious underlying issue with your vehicle’s electrical system, a $155-$300 bill is what you should expect.

Most of the information covered in this section has been answered above. This section serves as a brief recap.

In most cases, a failed bank 1 downstream O2 sensor heater is the most likely culprit of a P0141 engine code. For that reason, an O2 sensor replacement is the most common fix for the code. On rare occasions, a P0141 code can be the result of damaged wiring or O2 sensor plug. While a new plug is relatively easy and cheap to install, a more significant wiring issue can be costly and difficult to diagnose.

In most cases, the P0141 code will not immediately endanger you or others in your car. Symptoms of the issue might manifest, including a check engine light, failed emissions test, or excess carbon buildup on spark plugs. While not immediately dangerous, a P0141 code should be dealt with as soon as possible. A failing O2 sensor is not good for the health of your vehicle engine.

Of course, use your judgment. If your vehicle begins to feel unsafe to drive or if the symptoms worsen, it is a good idea to stop driving the vehicle until you have the opportunity to repair the problem.