The 3.8-liter twin turbo V6 VR38DETT engine in Nissan’s popular R35 GT-R is no joke. However, we’re inclined to call this motor a piece of crap and move on. Let’s be honest – the GT-R has enough fanboys and we’re not here to create more. That’s not fair, though. The Nissan GT-R is an excellent car and its VR38 engine is even more impressive. However, every car ever made is prone to potential problems and failures. In this post, we discuss reliability and flaws with the VR38DETT engine and power-train. 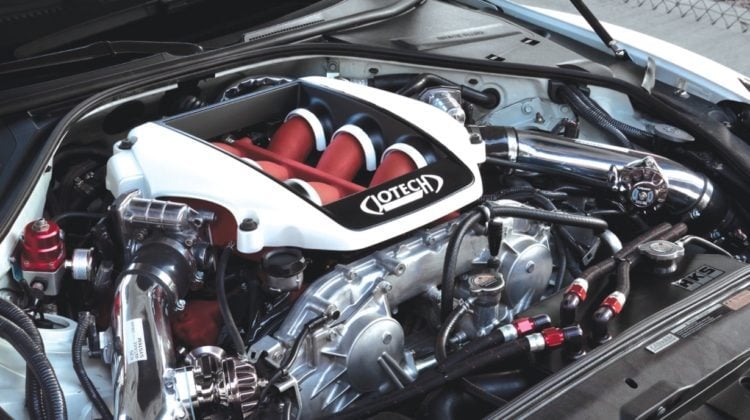 Every single VR38 since its introduction in 2007 is hand-built. Each one is individually built by one of only five “Takumi Craftsmen”. These highly experienced, well trained mechanics assemble every VR38DETT engine from top to bottom. Once complete their names are badged onto the engine. We think it’s pretty cool.

It also shows the meticulous nature with which the Nissan VR38DETT engines are built. As such, the GT-R V38 engine really doesn’t suffer from many common problems. That’s not to say issues cannot happen. Especially on R35 VR38 engines that owners modify and drive aggressively. We’ll touch on this later, but in stock form the VR38 engine is pretty reliable. There are a few common faults with other power-train components, though.

A few well-known issues with the GT-R VR38 engine and power-train include:

**The asterisks are here for a reason. We do not want to lead anyone to believe the VR38 engine is prone to frequent or common complete engine failure. Rather, the VR38 doesn’t have any serious common problems worth discussing. Again, miscellaneous problems can and will occur at some point. There just isn’t anything that seems to be consistently problematic. We’ll discuss blown motors below more so as an interesting topic and something to consider for those modding their R35 GT-R’s.

This means the VR38 engine and bellhousing can move separately from the transmission. It’s a tiny amount of movement but enough. The weakness seems to be the shaft bearings within the R35 bellhousing. Over time, the output shaft begins to exhibit excessive play. The rattling from the GTR bellhousing often becomes worse over time as it develops more play. Fortunately, solutions and fixes exist. It’s also a relatively inexpensive repair in the grand scheme of the cost to buy even a used GT-R.

First, some owners choose to live with the rattling. Especially in cases where it’s not too drastic and there isn’t much play. For those wanting a long-term solution there are options from companies like ATR. They take damaged GTR housings and bore them out to fit steel inserts and new shaft bearings. This resolves the rattling issue and acts a longer-term solution. The real problem is still the overall layout of the VR38 engine, bellhousing, and transmission setup. As such, chances are the problem will pop up again. These solutions hopefully buy some extra time, though.

ATR offers two versions of the upgraded bellhousings for the R35 GTR. These start at $899 and $1,299. Installation also takes a few hours so factor in labor expenses if you’re not planning to DIY. Costs should still come in under $2,000 even if you’re having the work done at an independent shop. It’s not exactly cheap but considering the GT-R’s cost it’s not horrible. 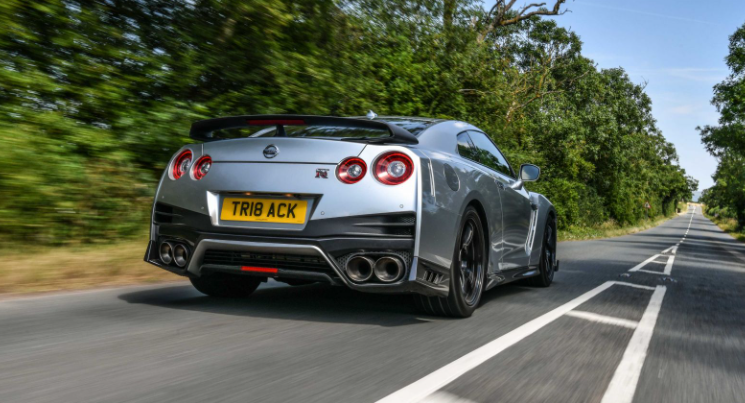 Transmission issues are never fun on any car. The engineering and components behind transmission is often confusing. It’s also not always easy to find local shops experienced enough to actually repair transmissions. Fortunately, the common issue with the R35 GTR’s transmission is fairly simple. Let’s dive in and explain the common failure.

Transmissions always have metal on metal contact occurring inside. That slowly causes small fragments of metal to be carried around in the transmission fluid. The  Not an issue – normal operation so far. However, the GTR’s transmission includes two solenoids to control gear selection. Those solenoids can actually act as magnets and attract those small metal fragments. Eventually, the solenoid(s) may become blocked enough to result in problems with the R35 entering certain gears. It seems the solenoid responsible for gears 1 – 3 – 5 – R is the most common.

There are of course other potential transmission problems that occur from time to time. We’re not focused on those issues, but just something to consider. Transmission failure is rare on stock R35 GT-R’s. However, start pushing things too far and the transmission may be prone to faults. We’ll leave it at that since it somewhat ties into what we discuss about VR38 engine failures.

Often, the GT-R’s transmission solenoids don’t even need replacement. A simple cleaning usually does the job. However, the R35 transmission does need to be dropped to access the solenoids for cleaning. This job is fairly labor intensive and may cost a couple thousand to fix. It may also be a good time to change to higher quality transmission fluids like Dodson or Willall. Upgrading the filter can’t hurt either.

Final notes – the solenoid issues seem to pop up most often when transmission fluid is changed soon enough. You may be able to mitigate or buy extra time by changing the fluid more frequently. The idea is that you allow less time for metal to build up in the fluid and potentially stick to the solenoids. Higher quality oils and filters may also help slow down build-up.

Again, this definitely is not a common problem. There are no major, consistent design flaws that should cause the VR38 engine to fail suddenly or drastically. However – and maybe we’re alone here – when we think of the R35 GT-R we tend to think of the 800whp, 1000whp, and 1500+whp examples. Most understand it takes a lot of money to get there.

It’s never an easy task to put a safe upper limit on an engine and the VR38 is no exception. Very rarely does the VR38 give out at stock power and boost. However, there are handfuls of cases of blown VR38DETT engines with full bolt-ons. All else equal, the further and harder you push things, the greater likelihood the engine gives out. That applies to any car. Though, in general, it’s accepted the VR38 engine and transmission are good for about 650 torque.

Things can still go wrong even below that number. Larger turbos are also easier on the VR38DETT engine at X torque. We’ll have more detailed content on these topics in the future. The general idea is that larger turbos shift the power curve right, which means they can make more top-end power without relying on massive torque.

As with the above discussion on torque limits it’s hard to put a number on longevity when pushing the R35 beyond stock power. We’ll talk a few general concepts that are important to keep in mind. Standard maintenance, such as oil changes, become increasingly more important. Pay attention to the VR38’s data – look for signs of knock, lean conditions, etc.

Tuning is also a huge factor in longevity. Pick a reliable, quality tune and stick on the conservative side. Think about it like building an engine for more power. If you want 1000whp, you probably don’t built the engine to handle exactly 1000whp. You likely build the VR38 to handle 1200whp.

When done right, the VR38 should be safe at 650 torque on the stock motor and transmission. Again, the risk is still there. However, there are ways to mitigate that risk. Larger turbos, conservative tuning, proper monitoring, and timely maintenance are a few things in your control.

Ultimately, if you’re concerned about pushing the limits then you may consider building the R35 engine up-front. It’s a lot cheaper up-front than to do it after you’ve sent a rod through the block. Then you’re looking at a new engine all-together plus any damage done to other components from metal fragments. We don’t mean to scare anyone. The GT-R and VR38 are great, however as with any engine the VR38 is prone to failure when pushed towards the limit.

Nissan’s VR38 is an impressive and reliable engine, overall. There really aren’t any common issues that plague the engine itself. Of course, with age and mileage problems are bound to occur at some point. However, there don’t appear to be any major design flaws with the VR38DETT. The quality of these hand assembled engines is nearly flawless.

Is the Nissan GT-R reliable? Yes. How reliable is the Nissan GT-R? That’s tough to answer without applying general concepts, but it’s fair to call the GT-R above average for high-performance engines. Some GT-R and VR38DETT reliability simply comes down to the luck of the draw. Some of it has to do with how well the R35 is maintained, how it’s driven, how it’s modified, etc.

It’s no secret the GTR has millions of fanboys, which is understandable. The VR38 powered R35 Nissan GT-R is truly an excellent car that punches well above its price point. It provides borderline supercar performance for a lot cheaper than most supercars cost. Plus, the VR38 engine is reliable for the performance it offers. However, no car is perfect or indestructible and that applies to the GT-R, too.

The two primary common faults with the GT-R lie within the transmission rather than the VR38 engine itself. Bellhousing rattle and transmission solenoid issues can cost a couple thousand each to repair. Not too bad. Otherwise, the VR38 engine is excellent. However, once pushed beyond stock power there are higher risks for potential engine failures. Some VR38’s let go on stock turbos with full-bolt ons. Ensure you have proper supporting mods, a good tune, and monitor engine parameters. It’s generally accepted the VR38DETT can handle about 650 torque on the stock motor. Not too bad for a V6.

What’s your experience with the R35 GT-R and VR38 engine?

Are you considering buying one? Drop a comment and let us know.