The 2.4 World Gas Engine made its debut in 2007 and remains in production in a slightly different variant. It’s now known as the 2.4 Tigershark. These engines offer anywhere from 172-285hp, which is reasonable performance for the small design. They also offer solid efficiency and reliability. However, no engine is perfect and that applies to the 2.4L inline-4. In this article, we discuss a few common problems with the 2.4 World Gasoline Engine and Chrysler 2.4 Tigershark. We’ll also wrap things up with overall thoughts on the 2.4L engine reliability. 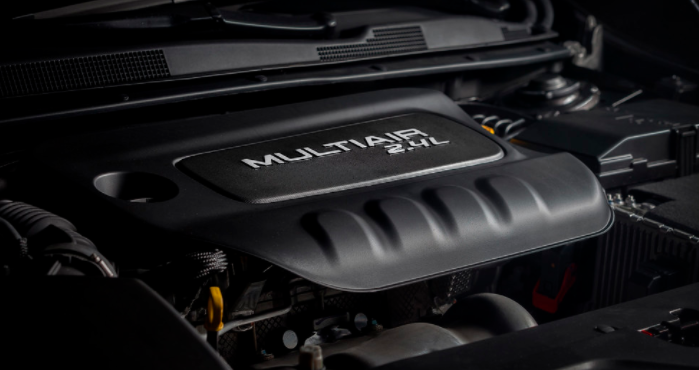 There are a number of differences between the original 2.4 World Gas Engine and the later 2.4 Tigershark. Before diving into engine problems it’s important to outline a few changes. Below we’ll list the cars that use each engine, and some helpful info on each.

World Gas Engines were made by the Global Engine Manufacturing Alliance (GEMA). This was a joint venture that began in 2002 between Chrysler, Mitsubishi, and Hyundai. As such, the 2.4L World Gasoline Engine was made by GEMA. Chrysler bought out the Global Engine Alliance in 2009.

Anyways, the 2.4 inline-4 in Chrysler, Dodge, and Jeep models offers 172 horsepower. There is also a turbo variant for the Dodge SRT-4 that makes an impressive 285hp. The 2.4 World Gas Engine is in the following cars:

In 2013, the Chrysler 2.4 World Gas Engine got a few updates and was named the 2.4 Tigershark. To note – it’s still a part of the World Gasoline Engine family. During development of the Tigershark, Chrysler was bought out by Fiat and became Fiat-Chrysler Automobiles (FCA).

2.4 Tigershark engines share many things in common with the original 2.4L World Gas Engine. One notable difference is that the new engine receives MultiAir 2 variable valve timing. This system is FIAT technology. The FCA 2.4 Tigershark offers 178-184hp and 171-179 lb-ft of torque. It’s in use in the following models:

**We may refer to the 2.4 inline-4 engine as Chrysler, Dodge, Ram, Jeep, Fiat, FCA, etc. We may also refer to it as the Tigershark, Multi Air, or World Gas Engine. It’s all relevant to both engines unless otherwise noted.

A few of the most common problems on the GEMA/FCA 2.4 World Gas Tigershark Engine include:

Throughout this article we discuss the above Chrysler 2.4 engine problems in-depth. However, it’s a good time to add a few quick notes before. We’re considering these the MOST common problems. It doesn’t exactly mean they’re common in the true sense that they affect a large percent of engines. Rather, when problems occur on the 2.4 Tigershark World Gas Engine these are a few common areas.

That said, this also isn’t an exhaustive list of everything that can or might go wrong with each individual engine. All engines are prone to problems and can run into many various issues. Anyways, let’s dive in and discuss the above issues and failures on the Chrysler 2.4 inline-4 engines.

Oil consumption problems are specific to the newest 2.4 Tigershark engine and isn’t a major issue on the older 2.4 World Gas Engine. A quick Google search of oil consumption issues on the 2.4L inline-4 will yield endless results. There is even a class action lawsuit floating around regarding excess oil consumption on the FCA 2.4 engine. Many claim their MultiAir ll engine consumes about 1 quart of oil – or more – every 1,000 miles.

The likely cause of excess oil consumption is piston and/or piston rings. Too much oil passes the rings, enters the combustion chamber, and is burned away. That alone shouldn’t have any major affects on longevity or reliability of the FCA 2.4 Tigershark. However, running the engine too low on oil does present an opportunity for serious problems.

It’s important to check the oil often as some state the 2.4L MultiAir engine doesn’t provide any warnings when oil pressure drops too low. Rather, the engine suddenly shuts down to prevent damage. That can be a potential safety hazard. Additionally, running the engine too often with low oil and oil pressure can result in shorter engine longevity.

This problem shouldn’t be a major concern for anyone willing to check the oil often. Of course, adding a quart of oil every 1,000 miles can add up to a decent chunk of money in the long-term. It’s a much better option that running the FCA 2.4 Tigershark low on oil, though.

Some symptoms of excess oil consumption on the Chrysler 2.4L inline-4 engine include:

Symptoms of oil consumption are pretty basic. How much oil does your FCA 2.4 Tigershark consume? Anything around or over 1 quart of oil lost per 1,000 miles may be considered excessive. Low oil pressure may also indicate the 2.4L MultiAir engine is low on oil. Finally, stalling is a potential symptom of low oil pressure as the engine apparently shuts down in this situation.

Assuming 2.4 Tigershark oil consumption problems have to do with piston and/or piston ring design flaws there isn’t really a simple fix. Sticking with thicker oils (with FCA specs) may help minimize consumption. The primary solution remains checking the oil often and topping off as necessary.

Time will tell if FCA addresses the oil consumption further. We’re not sure where the lawsuit stands now, or where that may possibly end up. Anyways, oil consumption shouldn’t be a major cause for concern. Just always ensure you have the proper amount of oil in the engine, and consider carrying some extra in the car.

Oil leaks are a common issue on many engines, especially as they age. There are countless gaskets and other parts that become brittle with age, mileage, and heat cycles. In other words, the 2.4 World Gasoline and Tigershark engines aren’t alone here. There don’t appear to be any serious flaws with the 2.4L inline-4 that cause oil leaks.

Things like valve cover gaskets, oil pan gaskets, and main seals are a few common areas for leaks. We’ll mostly focus on the valve cover gasket (VCG) since that’s likely the most common. The VCG lies at the top of the engine and takes a lot of abuse over the years. It’s a rubber-like gasket that’s prone to degrading with age and mileage. Age can be just as tough on gaskets as mileage.

Early model 2.4L World Gas Engines are more prone to this problem – at least in the shorter-term. All else equal, newer engines are less likely to develop leaks. That’s not to say oil leaks can’t or won’t happen on newer 2.4 Tigershark engines.

Oil leak symptoms are usually pretty straight-forward. Nonetheless, look out for the following symptoms that may point to an oil leak on the GEMA / FCA 2.4 liter engine:

A visible leak is the most common and obvious symptom of an oil leak. However, oil leaks often start small as gaskets degrade and begin cracking. It can be hard to notice any visible leaks on the ground from something like a valve cover gasket. It sits up top and small drops of oil are likely to burn off or get caught on other parts. In this case you might notice the Chrysler 2.4 Tigershark smells like burning oil or see a little smoke.

Fortunately, VCG’s are very cheap parts as the gasket set usually comes in around $10-30. This makes it an inexpensive issue for the DIY crowd. However, replacing a valve cover gasket does take some time and patience. Labor bills can add up quite a bit for those who go to a repair shop or dealership.

These same concepts apply for most oil leaks. They usually start with inexpensive gaskets, but they can be challenging repairs that add up in labor costs.

Well, there isn’t really much else to discuss common problem wise for the 2.4 World Gas Engine and Tigershark. For the most part they’re reliable engines that don’t suffer from many major design flaws or issues. As such, we’ll just touch on some general stuff here before wrapping up this article.

There are thousands of parts on a car. Fiat, Chrysler, Dodge, etc only physically manufacture so many parts, so many of them are externally sourced. Then, there’s the fact that cars are assembled at different plants, on different days, by different people, etc. All of this can be said about any engine or car manufacturer. Point is – there’s a lot of margin for error with so many moving parts.

All engines are prone to problems, and there aren’t any exceptions with the 2.4 Tigershark and 2.4L World Gasoline Engine. There are few design flaws or serious issues with the engines. However, plenty of random less common problems occur. Some things are just out of our control and luck of the draw comes into play.

However, we can control how we maintain our engines and cars. Use high quality oils, check the oil often, change fluids on time, and fix problems when they do happen. Do all of this and chances are you’ll have a good, reliable experience with the Chrysler 2.4 Tigershark engine. It’s not uncommon to see examples with 150,000 to 200,000+ miles that had few issues along the way.

Chrysler 2.4 inline-4 engines are solid engines, overall. They might not offer much power or performance (apart from SRT-4 versions), but they do offer a good blend of reliability, efficiency, and longevity. However, no engine is perfect and that applies to the 2.4 World Gasoline & Tigershark engines.

The main issue and complaint is regarding the newest 2.4L MultiAir engine consuming excessive amounts of oil. It definitely can be a concern due to potential hazards if engine oil runs too low. However, the oil consumption by itself shouldn’t cause any big concerns regarding Chrysler 2.4 longevity. Just check the oil frequently to ensure it’s not too low.

Otherwise, as the FCA 2.4 inline-4 engines age they’re prone to some common oil leaks. Fortunately, they’re cheap and fairly simple repairs for the DIY crowd. All engines are prone to issues, so there are other things that can and will go wrong on some. Regardless, the 2.4 World Gas Engines offer solid reliability. Stay on top of maintenance and you’ll likely have a long, reliable life from the FCA 2.4L engine.

What’s your experience with the 2.4 World Gas & Tigershark engines?