The small-block 5.7L V8 LS6 was released in 2001 and was produced until 2005. The LS6 was designed specifically for use in the C5 Corvette Z06 and the Cadillac CTS-V. It’s part of GM’s Gen III small-block engine family and is the successor to the Chevy LS1 engine. While the LS1 remained in production, it powered the base model Corvette’s while the LS6 was used exclusively for the Z06 models.

For the 2001 model year the LS6 produced 385hp and 385lb-ft. of torque. In 2002 the engine received some slight adjustments, with a lighter valvetrain and more aggressive cams. Additionally, two catalytic converters were removed to reduce backpressure and the MAF sensor was redesigned, resulting in increased flow to the heads. These minor improvements boosted power levels to 405hp and 400lb-ft. of torque.

While the LS6 was built off of the LS1 engine it received numerous improvements. The LS6 featured a higher flowing intake manifold and heads, a new PCV system, higher compression, and various small block modifications. These modifications allowed the LS6 to produce approx. 55hp more than its LS1 predecessor. 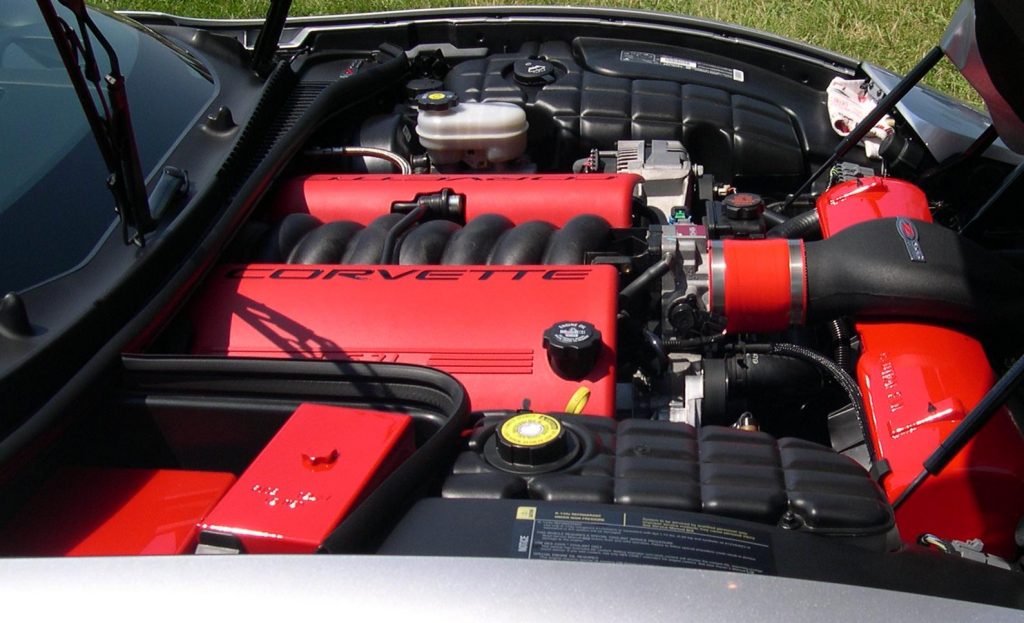 Overall, the LS6 is quite reliable as a daily driver when left in stock condition. The majority of the LS6 problems come from the 2001 model year understandably as this was a new engine. Most of the problems with the 2001 models were addressed in the 2002 engine refresh.

For a stock engine, there aren’t too many problems, or at least many catastrophic problems. Once you begin to modify the LS6, such as adding an upgraded intake, and use the car for track racing, drag racing, etc. then problems usually begin to appear. However, these problems can usually be mitigated with various additional upgrades such as cooling system improvements with things like a larger radiator and oil cooler.

The LS6 has a unique valley cover that has oil separation baffles and PCV plumbing built into it. When the PCV baffles aren’t correctly sealed to the valley cover oil seeps past and enters the PCV system. When this happens you will likely notice some oil leaks underneath your car as well as some minor performance issues.

If you are experiencing excessive oil consumption it is imperative to make sure your engine is always topped off with oil. Keep an extra few quarts of oil in your trunk and top off as needed to prevent running on low oil which can cause catastrophic damage to your internals.

The LS6 uses an overhead valve system that is operated by pushrods. Valves open as the crankshaft rotates by way of a tappet, rocker arm, and pushrod. On top of the valve is a spring which uses pressure to close each valve. Each valve has it’s own spring, and the LS6 has 16 valves and therefore 16 valve springs.

Ultimately, broken valve springs cause serious power losses and performance issues, and can cause serious engine damage. If the valve collides with the piston it can destroy both of those components and the cylinder head.

As mentioned above, the LS6 is a great engine when left in stock form and street driven. However, once you add additional power to the mix and drive it hard, whether it be on the street or on a track, the stock cooling system becomes problematic. Overheating is most common on Z06’s that are tracked or raced and on street cars that are heavily modified.

Power creates heat. Racing creates prolonged periods of high engine temperatures. The radiator and the oil cooler on the LS6 aren’t built well for either of these conditions which can cause overheating if they are not upgraded. Adding either a larger oil cooler or radiator, or both, are common cooling system modifications to prevent overheating. While neither of these upgrades will necessarily create more horsepower they will improve reliability and help keep engine temps down which does have a performance impact.

Oil cooler or radiator failure isn’t common on the LS6 so there isn’t anything to worry about on stock cars. Given how many of these cars are now modified and tracked, I wanted to point out that these two parts are generally insufficient for modded and tracked applications which can cause overheating and performance decline.

Preventing engine heat is one of the best reliability mods you can perform.

Early model LS6’s were also prone to rocker arm failure. Rocker arms are part of the overhead valve system and is responsible for pushing the valves open. The rocker arms take the circular movement from the camshaft and transform it into linear movement. The cam pushes the tappet and pushrod upwards causing the rocker arm to compress against the valve spring and open the valve. On the LS6 engine, the rocker arm bearings are what cause the rocker arms to stop functioning properly.

If the rocker arm breaks or the bearing fails it can affect the valves ability to properly open and close. When the arm break the valves can’t open, or fully open, which virtually takes out the whole cylinder by preventing air from entering or leaving the cylinder. Broken or worn valve springs can also cause rocker arm failure.

Overall, the LS6 is an extremely reliable engine. Outside of some of the 2001 model years, the LS6 engine has very few problems and none that can be potentially catastrophic. Most rocker arm and valve spring failures are specific to 2001 models. However, outside of these two problems, the 2001 engines were still highly reliable.

The block, pistons, valves, heads, etc. are all very strong and can handle some significant power before needing to be upgraded. The cooling system on the LS6 is a weak point and will need to be upgraded for track and high horsepower applications. Outside of this, the LS6 is capable of surpassing the 200,000 mile mark when stock and properly maintained.

Considering the LS6 was built off of the LS1 engine, it doesn’t face many of the LS1 engine problems. Therefore, the LS6 is considered to be more reliable and less costly to maintain than the LS6. However, it is worth keeping in mind that these engines are now pushing 20+ years of age. As these engines age more and more maintenance problems will tend to appear. Water pumps, hoses, belts, etc. are all prone to failure due to age and mileage.

How has your experience with the Z06 and CTS-V been?