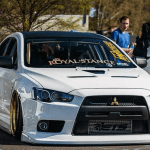 The Mitsubishi Lancer Evo X is an awesome car that's easy to tune and mod. An Evo X can eclipse 350whp with a few basic bolt-on mods, and there's even more potential left. While power mods can be exciting there's also tons of opportunity for fun with some handling upgrades. Among one of the best upgrades is a set of Evo X coilovers. In this guide, we discuss Mitsubishi Lancer … END_OF_DOCUMENT_TOKEN_TO_BE_REPLACED 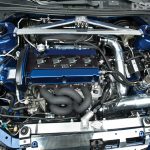 Mitsubishi's 4G63 engine was released in 1980 as a 2.0L naturally aspirated inline-4. More popular today is the 4G63T, a turbocharged version of the original 4G63 that was released in 1988 in the Mitsubishi Galant VR4. The 4G63T is most well known for powering the first nine generations of the Lancer Evo. Additionally, it powered the DSM Eclipse, Eagle Talon, and Plymouth … END_OF_DOCUMENT_TOKEN_TO_BE_REPLACED 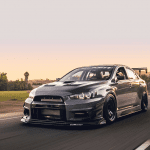 The Evo X is the 10th generation of the Mitsubishi Lancer Evolution. Released in model year 2008 the Evo X was produced for 7 years before being discontinued by Mitsubishi after 2015. Despite its demise, the Evo X and its predecessors remain iconic tuner cars in the performance enthusiast community. In addition to a new body design, the Evo X also received a new engine, … END_OF_DOCUMENT_TOKEN_TO_BE_REPLACED