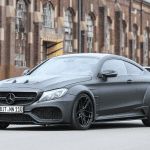 After nearly a two decade hiatus, the Mercedes-AMG C43 4MATIC (W205) made its triumphant return to the Mercedes-Benz lineup in the 2016 model year. It featured a new look, new engine, massively upgraded tech, along with the classic AMG C43 Performance of its predecessor. It quickly earned rave reviews from critics and enthusiasts, who praised it as refined but very … END_OF_DOCUMENT_TOKEN_TO_BE_REPLACED 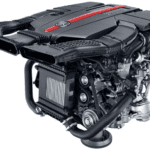 The M276 engine from Mercedes-Benz is the successor to the previous M272 engines. It's also related to the Fiat-Chrysler 3.6L Pentastar V6 engine since Mercedes was owned by FCA at the time. Mercedes also offers multiple variants of the M276 - a 3.5L NA, 3.0L twin turbo, and 3.5L twin turbo. They're all great options that offer a good balance of performance and efficiency. … END_OF_DOCUMENT_TOKEN_TO_BE_REPLACED