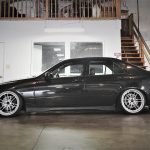 When the Lexus IS300 entered the scene in 2001, it was a significant change in form for the Japanese company. With their prior focus being almost exclusively on the luxury segment, the IS300 would go on to prove that Lexus had some serious performance aspirations hidden up their sleeve.  Powered by the 2JZ-GE, the Lexus IS300 can be considered a second cousin of the 4th gen … END_OF_DOCUMENT_TOKEN_TO_BE_REPLACED 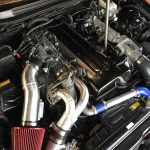 By the time the first generation Lexus IS300 made its appearance in showrooms across the US, Lexus had been sticking it to the German luxury boys for nearly a decade. Lexus has always been focused on providing a reliable luxury experience, and that carried through to the 2000-2003 IS300. While the first LS400 that started it all could be classified as a land yacht, the IS300 … END_OF_DOCUMENT_TOKEN_TO_BE_REPLACED 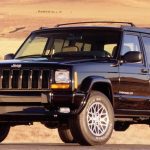 Cheap and reliable are two words that aren’t often seen side by side when it comes to purchasing a car. It’s usually a trade-off. One or the other. However, some vehicles out there strike a balance between both.  This guide is focused on cheap and reliable used cars, primarily under the $5,000 price threshold. Despite the opinion of a lot of people, there are some great buys … END_OF_DOCUMENT_TOKEN_TO_BE_REPLACED 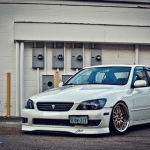 The Lexus IS300 has been in production since 2000. It's currently in its third generation, however, Lexus skipped the second generation in the US in favor of the IS350. The first gen production was cut off after 2005, with IS300 production resuming in 2016 as part of the third-gen. First gen models utilized the 2JZ-GE engine, the non-turbo version of the legendary 2JZ-GTE, … END_OF_DOCUMENT_TOKEN_TO_BE_REPLACED