It’s hard to believe that there is anyone on planet earth that hasn’t heard of the Honda Civic. Since the first generation Civic was released in 1972, it has become one of the best-selling vehicles on nearly every continent. There’s an excellent reason for that. The Honda Civic epitomizes a mixture of impressive practicality, good chassis dynamics, affordability, and … END_OF_DOCUMENT_TOKEN_TO_BE_REPLACED 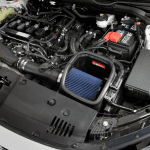 Honda 1.5T engines are also known as the 1.5 Turbo and L15 VTEC or VTC. The 1.5L inline-4 engine delivers up to 205 horsepower and 192 lb-ft in the Honda Civic Si. It's solid performance for such a small engine. However, the 1.5T leaves a lot of room on the table for extra power. Turbo designs allow for excellent power gains with a few simple mods. In this guide, we discuss … END_OF_DOCUMENT_TOKEN_TO_BE_REPLACED 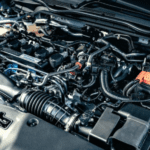 Honda L15B7 1.5 Turbo Engine The Honda L15B7 VTC 1.5 turbo engine is a new direction for Honda. Honda's 1.5T engine uses a single turbo and direct injection to squeeze power out of the small engine. Base models make 174-182 horsepower while the Civic Si receives 205hp from the L15B7 engine. Respectable figures for a highly efficient engine in fairly light-weight cars. However, … END_OF_DOCUMENT_TOKEN_TO_BE_REPLACED