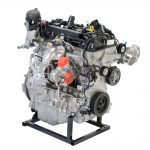 Since its release in 2015, Ford’s 2.3 L EcoBoost engine has been one its top powertrain options. Ford has put it in several of their most popular models, including the EcoBoost Mustang, Focus RS/ST hatchback, Ranger trucks, and new U725 Bronco SUV. Depending on the model, the EcoBoost produces between 270-350 horsepower and 305-350 lb-ft of torque. Though it is still … END_OF_DOCUMENT_TOKEN_TO_BE_REPLACED 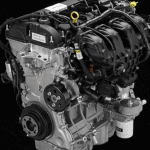 Since their debuts in 2015, the Ford 2.3 vs 2.7 EcoBoost engines have built solid reputations for themselves. Initially, some Ford enthusiasts were skeptical of their smaller displacement and turbocharged aspiration. However, both the 2.3 and 2.7 EcoBoosts have quieted most critics by delivering smooth and easy power while maintaining high levels of reliability and … END_OF_DOCUMENT_TOKEN_TO_BE_REPLACED 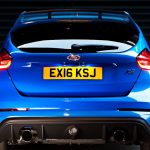 To describe the MK3 Ford Focus as a hot-hatch would be a dramatic understatement. Third-degree hatch or napalm hatch might be better fitting descriptors. In 2015, the third generation Focus RS reached the US to massive acclaim from enthusiasts and reviewers alike. It was a first for the US market, as the RS nameplate hadn’t made it over the pond until the MK3. The MK3 Focus RS … END_OF_DOCUMENT_TOKEN_TO_BE_REPLACED 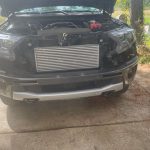 We wrote a 4 Best Ford Ranger Mods guide, in which we discussed an upgraded intercooler being one of the best performance upgrades. A larger intercooler will decrease intake air temps which results in more power, consistent performance, and a healthier and more reliable engine. The stock FMIC on the Ranger is sufficient for stock power levels, but once mods are added it can … END_OF_DOCUMENT_TOKEN_TO_BE_REPLACED 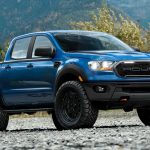 A 2.3L 4-banger engine in a truck might not sound like a lot of power or performance. While the Ranger produces 270hp and 310lb-ft. of torque from the factory, the turbocharged 2.3L EcoBoost engine can produce a lot more power with some simple bolt-on modifications. While most Ford Ranger performance upgrade guides focus on lift kits, tires, winches, and other accessory type … END_OF_DOCUMENT_TOKEN_TO_BE_REPLACED