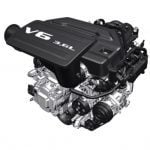 First released for the 2011 model year, FCA Stellantis’ 3.6 Pentastar engine has been one of their most solid offerings for the last decade. The V6 engine can produce north of 300 horsepower, while still delivering decent fuel economy and solid reliability. FCA Stellantis has put the engine inside numerous Chrysler, Dodge, and Jeep vehicles, where it has performed remarkably … END_OF_DOCUMENT_TOKEN_TO_BE_REPLACED 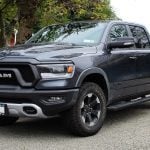 Since Dodge introduced the Ram series of trucks in the 1980s, it has been one of the most popular options for consumers on the market. In 1994, Dodge brought out the first Ram 1500 variant. Since then, the 1500 has made a name for itself as a dependable and award winning truck. While most of them have been solid, a few of them have been less than desirable. So, what are the … END_OF_DOCUMENT_TOKEN_TO_BE_REPLACED 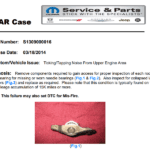 Dodge, Jeep, Chrysler 3.6L Pentastar Engine The FCA (Fiat Chrysler Automobiles) 3.6L Pentastar engine powers many 2011 to present Dodge, Jeep, and Chrysler models. There's a reason this 3.6L V6 has been around so long. Performance is solid for a NA V6 engine with 275-305 horsepower. Additionally, the Pentastar 3.6L engine is efficient and reliable. However, all engines are … END_OF_DOCUMENT_TOKEN_TO_BE_REPLACED