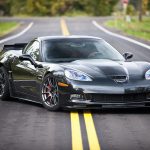 The C6 Corvette is widely considered to be one of the best American sports cars of all time. After the mid-production switch to the LS3 engine in 2008, the C6 produced 430 horsepower and 424 lb-ft of torque from the factory. Those are unarguably impressive numbers. However, the real kicker is the C6’s willingness to take on even more ponies from aftermarket upgrades. That’s … END_OF_DOCUMENT_TOKEN_TO_BE_REPLACED 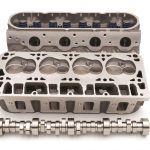 Chances are, if you are getting involved in the world of Chevy small blocks, you are looking to squeeze the most power out of one. The good news is that they are some of the best engines to modify and you don’t have to spend a fortune on parts and labor to see fantastic gains. The 6.2L Chevy LS3 is one of the most popular crate motors offered by GM. Beyond their placement in … END_OF_DOCUMENT_TOKEN_TO_BE_REPLACED 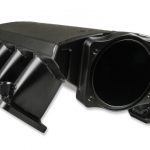 It's no secret that the Chevy LS3 is an engine built for peak performance. With its placement in the C6 Corvette and Camaro SS, the LS3 has all of the race-tested trimmings that you’d expect from a Chevrolet V8. For that reason, the LS3 is a remarkably well-optimized engine from the factory. One of the LS3’s greatest strengths is its factory flow numbers. That is the case for … END_OF_DOCUMENT_TOKEN_TO_BE_REPLACED 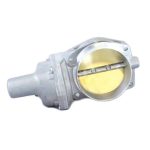 The Chevy LS3 is the third engine to be released using Gen IV architecture and was introduced to the world in the 2008 Corvette C6. The LS3 engine acted as the replacement for the LS2 engine that preceded it, becoming the new powerplant for post-2008 base model Corvettes. With the new engine came some notable design tweaks that increased the performance of the LS3 over the LS2. … END_OF_DOCUMENT_TOKEN_TO_BE_REPLACED 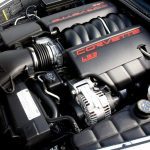 By the time that the LS3 rolled around in 2008, Chevy had already firmly established their updated LS small-block formula. The modern LS layout was largely a blank sheet design but borrowed learned elements from the Gen I and Gen II Chevy small blocks, originally released in 1954. Despite being released four decades later, the LS family has a couple of interchangeable parts … END_OF_DOCUMENT_TOKEN_TO_BE_REPLACED