Outputting between 305 and 350 horsepower in American spec, it is a stretch to call the Chevy 5.7L LS1 V8 a slouch. With that being said, as a Gen III Chevy small-block, the LS1 isn’t exactly the most powerful or modern engine in the Chevy LS catalog. Despite being released 25 years ago, the Chevy LS1 has a massive following. To call it cult-like would be an understatement. … END_OF_DOCUMENT_TOKEN_TO_BE_REPLACED 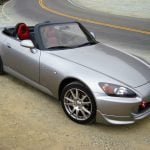 In recent years, the financial markets have been anything but predictable. Case in point, the absolute bonkers current used car market. Used cars with higher mileage and more years are actually selling for more now than they did three years ago. In many cases, cars just one or two years old are as expensive as a brand new version. That’s why today we’re talking about the best … END_OF_DOCUMENT_TOKEN_TO_BE_REPLACED 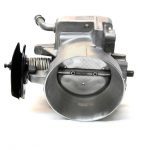 In 1997, General Motors/Chevrolet debuted the 5.7L LS1 V8 engine inside the brand new C5 Corvette. The next year, they also put it inside the F-body Pontiac Firebird and Formula, as well as in the Chevy Camaro and briefly in the ‘04 Pontiac GTO. Depending on the model, it made between 305-350 horsepower and 335-365 lb-ft of torque. While the LS1 is already pretty powerful from … END_OF_DOCUMENT_TOKEN_TO_BE_REPLACED

For many years, General Motors/Chevrolet’s LS1 engine has been a solid power plant for supercharged builds. Originally released in the C5 Corvette, Camaro, and Trans-Am, the LS1 already makes a stout 305-350 horsepower and 335-365 lb-ft of torque from the factory. However, for those looking to seriously increase the power on their ‘Vette or F-Body Pontiac, an LS1 supercharger … END_OF_DOCUMENT_TOKEN_TO_BE_REPLACED 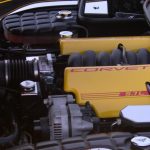 Straight from the factory, the General Motors/Chevrolet LS1 engine already boasts some pretty impressive performance. Chevy put it inside the C5 Corvette and fourth generation Camaro SS and Z28, and it also found its way into the fourth generation Pontiac Trans-Am and Formula, as well as the 2004 GTO. Inside these cars, the LS1 produced 305-350 horsepower and made 335-365 lb-ft … END_OF_DOCUMENT_TOKEN_TO_BE_REPLACED