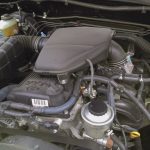 Though it does not often get a lot of attention, Toyota’s 2TR-FE engine is the epitome of solid. Toyota initially released the engine in 2004, and it is still in use today. They have primarily used it for the European and Japanese markets, but the 2.7 liter 2TR-FE has also found its way stateside inside the 4Runner and Tacoma. It’s a naturally aspirated inline-four engine that … END_OF_DOCUMENT_TOKEN_TO_BE_REPLACED 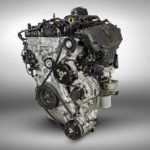 Ford first released the 2.0 EcoBoost engine for the 2010 model year, and it has since become a workhouse. Appearing in more than a dozen models throughout the Ford, Lincoln, Volvo, and Range Rover brands, the 2.0 EcoBoost is truly a stand out engine. Featuring a twin-scroll turbocharger and direct injection, the Ford 2.0 EcoBoost utilizes some of the best modern tech in the … END_OF_DOCUMENT_TOKEN_TO_BE_REPLACED 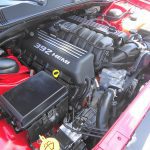 For many enthusiasts, the Chrysler/Dodge 6.4 HEMI V8 engine is one of the top engines in the SRT lineup today. Depending on the model, it produces nearly 500 horsepower and lb-ft of torque from the factory, and boasts outstanding towing capacity. Starting in 2007, Chrysler made it available as a crate engine, and in 2012 they introduced it to the production market. … END_OF_DOCUMENT_TOKEN_TO_BE_REPLACED 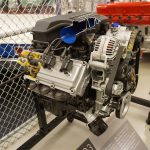 Dodge first released the 5.7 HEMI engine in the 2003 model year, and it has been a workhouse for Chrysler and Dodge ever since.  Appearing across a diverse range of vehicles from the rugged Rams to the high performance Chargers and Challengers, the 5.7 HEMI has more than made a name for itself over the past two decades. Depending on the car or truck, it makes between 335–400 … END_OF_DOCUMENT_TOKEN_TO_BE_REPLACED

Though it only had a relatively short run, the Ford 6.2 engine, also known as the Boss 6.2, was a solid contributor to the Ford lineup. Ford used it inside the F-series and Super Dutys from 2010–2022, when it was finally retired. The Boss Ford 6.2 engine gained a solid reputation for reliability and performance during its limited run, and there are still tons of examples on the … END_OF_DOCUMENT_TOKEN_TO_BE_REPLACED