Fuses carry specific amounts of power, measured in amps. When a fuse is overloaded, or receiving more amps of power than it is capable of transmitting, the fuse breaks. The term frequently used is a “blown fuse”. Whenever you experience an electrical issue with your F150 you should inspect the fuse to see if it’s blown before taking to a mechanic.

Locating and replacing fuses is extremely easy which is why we always recommend checking them before paying a mechanic to tell you what the issue is. In addition to powering electrical systems, fuses also protect them. If your stereo became overloaded and a fuse was not there it would completely blow your stereo system. However, because there is a fuse between the power supply and the stereo, the fuse breaks blocking all electrical currents from flowing to the stereo and causing it to break.

Fuses come in different power ranges, sizes, and colors. Generally speaking the colors represent the amount of amps the fuse is meant to handle, but this number is usually marked on the top of the fuse as well. Using the proper sized fuses is extremely important as using too small of a fuse will cause the fuse to constantly break and using too large a fuse can cause the system it is powering to break.

Most fuses will fit into the same fuse location. Ie. a 5, 10, 15, and 20amp fuse are all usually the same size. Because they all fit in the same slots it is extremely important to look at your fuse box diagram to make sure you are using the properly sized fuse.

The 2001 F150 mostly uses blade fuses. There are a few kinds of blade fuses as noted below, but most of the ones used by Ford are ATO or regular sized fuses. However, Ford does also use some larger cartridge style fuses.

Additionally, all cars use relays as well. Relays open and close electrical circuits, whereas fuses are always open circuits. Since virtually all electrical systems in your car turn on and off, think your headlights, relays are needed to be able to open/close the circuit to turn them on/off. 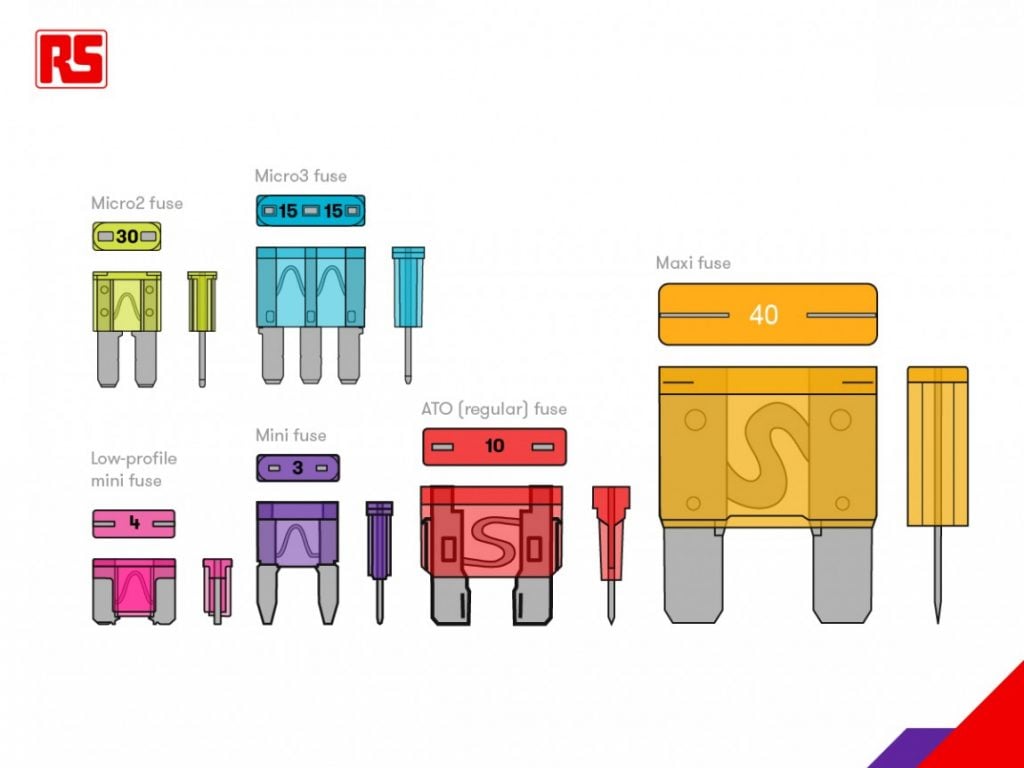 Each fuse box is aligned differently and has its own diagram. It’s worth noting that Ford’s owners manual calls the interior fuse box the “passenger compartment fuse panel” but the fuse box is actually to the bottom left of the steering wheel, it is not on the passenger side of the car. 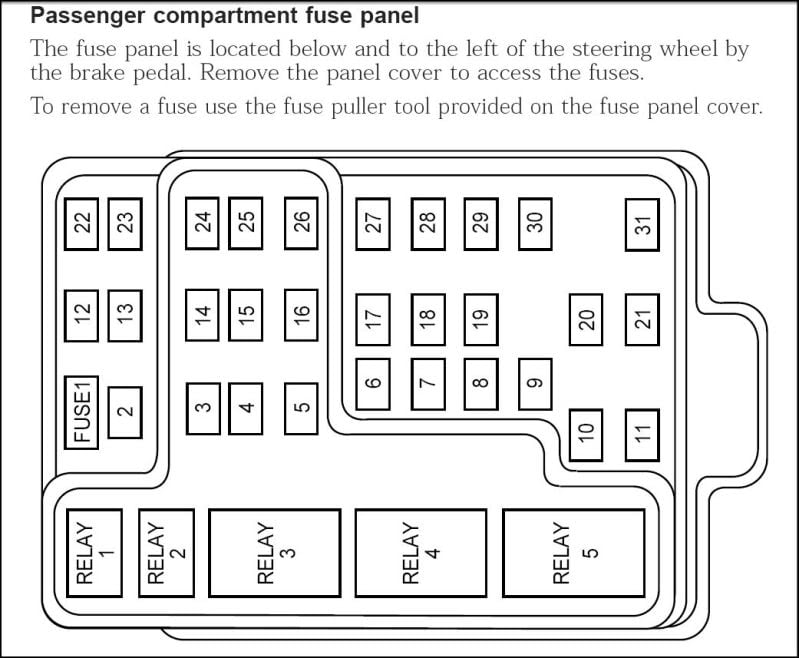 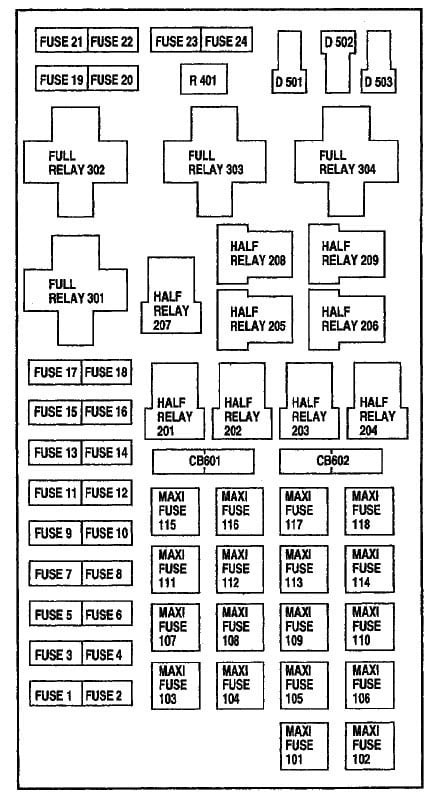