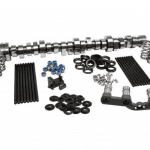 The 6.4 HEMI engine delivers up to 485hp and 470 lb-ft from the factory. It might be plenty of power for most, but some of us are always looking for more. The good news is that the large 6.4L V8 leaves a lot of potential for more power. Without question, a 392 HEMI cam upgrade is one of the best mods to push the engine to the next level. In this article, we discuss 6.4 HEMI … END_OF_DOCUMENT_TOKEN_TO_BE_REPLACED 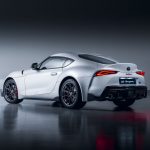 Unless you’ve been living under a rock, there’s no doubt that you’ve heard of the Toyota Supra. If you’re over 50 years old there’s a good chance that one of your neighbors had a Mark II or Mark III back in the 80s. If you’re under 50, the Mark IV has likely made its mark on you through the countless references and appearances that it has made since its release in 1993. The … END_OF_DOCUMENT_TOKEN_TO_BE_REPLACED 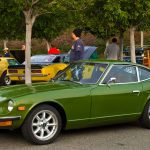 Nearly five decades after it ended production, the original Datsun Fairlady Z, also known as the 240Z, is still one of the most beloved cars Nissan has ever built. Introduced in 1970, the 240Z, along with its younger siblings the 260Z and 280Z, immediately took the American market by storm. Incredibly, by 1990, Nissan had sold more than 1 million Z-cars in the U.S.. While … END_OF_DOCUMENT_TOKEN_TO_BE_REPLACED Some modern performance engines - like the 5.7 and 6.4 HEMI - use cylinder deactivation technology. This helps increase fuel economy and lower emissions. It's a part of what helps these large V8 engines meet stricter emissions standards of today. Shutting down cylinders sounds simple in theory, but there's a lot that goes into cylinder deactivation. In this article, we explain … END_OF_DOCUMENT_TOKEN_TO_BE_REPLACED 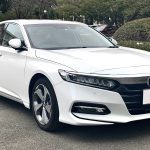 Since its debut in the late-1970s, the Honda Accord has been a common choice for drivers looking for a reliable and affordable car. Since the 1980s, the Accord has been one of the best sellers In the United States, piloting hundreds of millions of Americans for hundreds of millions of miles. While most people typically don’t associate the Accord with a performance car, since … END_OF_DOCUMENT_TOKEN_TO_BE_REPLACED